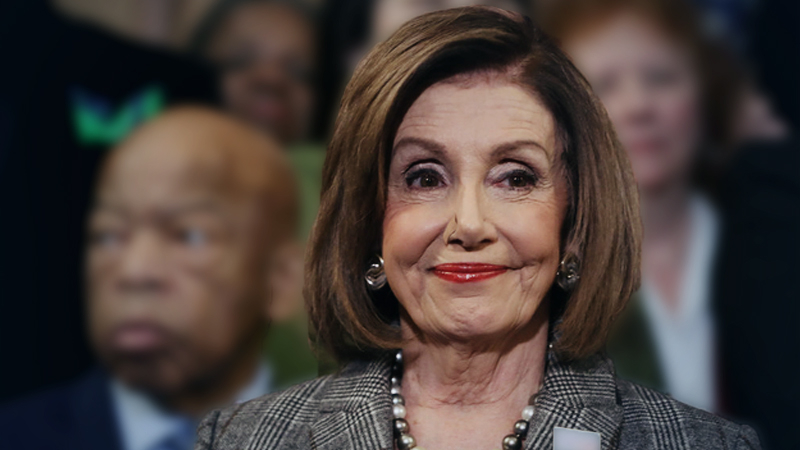 Fear sent Mei Chau's restaurant spiraling well before New York City halted in-person dining - as much as 20 percent of her business was gone each week starting in late January, until one day there were just three orders.

It was people's fear of coming to Manhattan's Chinatown, Chau believes, but also Asian families' fears of going out as they watched the coronavirus upend China's most important holiday. It was fear, she says, of being punched, spat on or glared at because of her race or mask on the subway. It was fear of bringing covid-19 to the older generation in an immigrant family's cramped apartment.

Each on its own was terrifying. But the combination, the 56-year-old says, "is just impossible." Now a banner on Chau's website declares that her decades-old Malaysian-French eatery is ready to "REOPEN!" But staff who have to commute from outside the neighborhood won't come back yet to Aux Epices, Chau says, and she wakes up sweating from nightmares about crowds.

Asian-owned businesses are facing a crippling pileup of pressures during the coronavirus pandemic, advocates and researchers say - pressures that won't all ease with the country's piecemeal reopening. They've been hurting longer, seeing their group's unemployment rate skyrocket faster and struggling like many minority-owned shops to access government aid, often in industries with especially uncertain roads to recovery.

Layered on top as they struggle to reopen: anxiety about attacks and discrimination, as Asian Americans get caught up in a political fight.

For some who think national leaders are encouraging people to link Asians and the coronavirus - blaming China for the pandemic has become a full-fledged Republican political strategy - the stakes are higher than the fate of family businesses and already-threatened Chinatowns. They're about what kind of country the United States wants to be.

"Across the nation . . . there is this rise of this blame game," said Wellington Chen, who heads Chinatown Partnership, a nonprofit supporting the district in New York City. "This is this legacy moment. . . . What did you guys do? Did you beat up on your neighbors? Is that what you're proud of?"

In mid-February in Houston, when analysts were still predicting "very isolated" damage to the restaurant industry, business owners in that city's Chinatown - falsely rumored to have a coronavirus outbreak - were talking about hits to businesses worse than after Hurricane Harvey. Even Chinese American medical practices struggled in New York City, where one doctor attributed 10% to 15% drops in traffic to patients' sudden fears of public transportation.

The struggles of Asian American businesses have faded from the national spotlight as the pandemic takes hold all over the country, even as these businesses happen to concentrate in industries facing extended shutdowns, thinner margins and risky futures in a new era of social distancing.

As of last month, nearly 10% of Asian-owned companies in the United States were restaurants or other food businesses, a share far higher than any other group, according to an analysis by Robert Fairlie, an economics professor at the University of California at Santa Cruz.

While the coronavirus has hit black and Latino communities especially hard, statistics in New York City also point to a dramatic fallout for Asians, who have seen the sharpest increase in unemployment countrywide since February.

Less than half of Manhattan Chinatown's restaurants remained open for takeout after mid-March, when the city announced its sweeping shutdown, said Chen, of Chinatown Partnership. And business advocates in several immigrant communities said it's tough to know yet how many are shuttered for good, when calls go unreturned and it can feel rude to even raise the possibility of no return.

"I wish there was more attention from our elected officials," said Jennifer Tam, a Chinatown resident who launched a new volunteer effort there.

'Their words carry a lot of weight'

With anti-Asian racism flaring in the pandemic, many fear leaders' rhetoric against China could make the return to normal more perilous.

Business after business has forgone even online orders and pickup both "out of fear of the virus and out of fear of retaliation because of the virus," said Vicente Reid, CEO of Arizona's Asian Chamber of Commerce.

In Georgia, where the push to reopen has been especially aggressive, the couple who owns Chong Qing Hot Pot in the Atlanta suburb of Chamblee has the same worries as everyone else. What if they get sick? What if a resurgence of the virus shuts them down?

It's the racism piled onto Asian owners' anxieties that makes Gina Rivers cry, though. She thinks President Donald Trump is enabling it.

Trump once made a point of referring to "the Chinese virus," a phrase he has defended as describing the disease's origin, and a recent strategy memo instructed Republicans seeking election to the Senate to "attack China" rather than speak to the president's handling of the coronavirus. Conservative candidates for office across the country are taking up similar messages, with one divisive ad in Texas accusing China of having "poisoned our people" and leading some to denounce "race-baiting."

"I worry for my husband's well-being in this climate," said Rivers, who is white. Her husband, Liang Rivers, is from China.

Liang, who has cooked the same Szechuan menu for a decade, says he doesn't pay the president's word choices much mind. He's more worried, he said, about the people who come in without masks and the fact they're doing half their normal business.

Historian Ellen Wu, who studies the Asian experience in America, worries that public information campaigns promoting the Asian community will be undermined by "all this messaging right from the top - the really dispiriting messages about the 'China virus.' "

"The people in power, their words carry a lot of weight," said the assistant professor at Indiana University in Bloomington.

Even an offhand comment can unintentionally stoke fears of racism. California Gov. Gavin Newsom, D, sowed panic last week in Vietnamese salon circles when he said the state's first community transmission of the coronavirus occurred through a nail business.

"We're not Chinese, but we're still Asians, right?" said Tracy Tran, who used to employ more than 50 people at several salons in Southern California. "It will affect us."

In New York City, people in Chinatown are trying to help one another. A volunteer effort of about 20 Asian American professionals has raised more than $100,000 to buy meals for front-line workers from Chinatown restaurants starved for orders, while the nonprofit Chinatown Partnership worked with local lawmakers last month to kick off a campaign called Show Some Love in Chinatown. Children are helping parents: One son built Asian-Veggies.com for his father, who started taking produce orders through WeChat and a glut of text messages.

Some see an opportunity for the Asian diaspora in the United States to marshal their strength in a new way. Shirley Tang, who teaches Asian American Studies at the University of Massachusetts at Boston, said collaboration across generations and cultures can help mobilize Asian Americans to produce not only stronger businesses but stronger communities.

"In order to survive and thrive, they need to know how to not just build their own business, but find a way to enliven their whole block," Tang said.

Chau's restaurant, Aux Epices, is a testament to the resilience of those immigrant communities now on the brink - the culmination of years of passion and hardship overcome on the way to financial security in America. She's pushed her 10-table business through the Sept. 11, 2001, terrorist attacks, natural disaster and a landlord who hiked her rent.

Her restaurant's future, though, has never been more uncertain.

Chau started what would become Aux Epices in 1993 after emigrating from Malaysia and struggling to survive on a waitress's paychecks, begging start-up money from family and driving a hard bargain on the lease.

The naive plan, she said, was to support her painting career, the ambitions that brought her to New York City in 1986. But then the restaurant took over. She fiddled with the menu, hung the walls with art and joined a "sandwich renaissance," serving things on fancy rolls instead of boring Wonderbread.

Chau thinks it's "crazy" to reopen now even for takeout, with business still dismal and the pandemic raging. But last week, she did it anyway. It felt like the right thing to do, she said, when governors everywhere were pushing for a restart and when friends who also love Chinatown were trying so hard.

"My heart wanted to come back," Chau said.

A table at her entrance blocks people from coming too close in her narrow space, and she wears the face masks her staff had earlier abandoned as they heard about attacks on Asians with covered faces. She waits for orders, though some days there are zero. Chau says she's given up on a government loan - she has no borrowing history, and by the time she figured out the paperwork her bank was swamped with demand, she said.

She walks with an Asian friend who remains uncomfortable going out alone.

She listens all day to the news and wishes the president would spend more time talking about increased testing, the kind that might help her staff feel safe.

"I was like, this is not the time to blame," she said. "This is time to work together. In restaurants, you're always in the action mode. You don't have a passive mode."

"And this is a pandemic!"