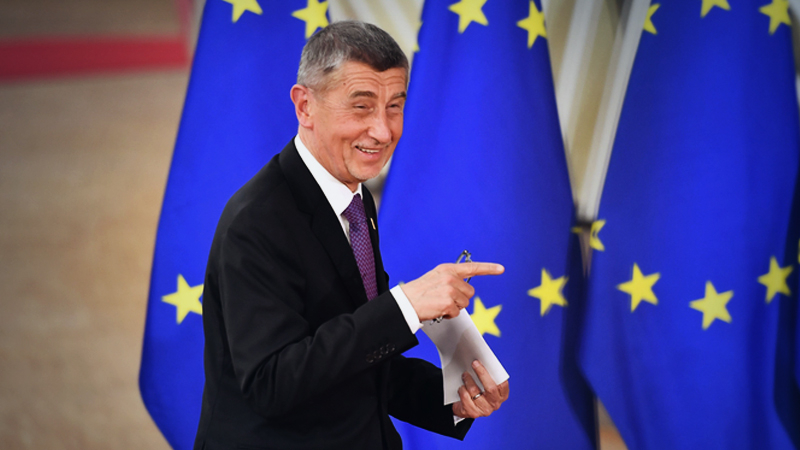 For years, Andrej Babis wanted to run his country like a business. The coronavirus pandemic finally gave him the chance.

In 2017, the Czech billionaire campaigned on promises to make the government more effective and rid the state of traditional politicians he called incompetent. Even after he swapped running his multi-billion-dollar agrifood business to become prime minister, he kept complaining of lengthy, unproductive meetings that ramble on without a quick decision.

That changed in March. Babis, 65, ordered a strict lockdown before any one had died and more than 10 days ahead of the U.K., which now has the highest number of fatalities in Europe. He made wearing face masks mandatory and closed schools and most stores. The Czech Republic has one of the lowest death tolls from covid-19 in the European Union.

"I finally got to run it like a family firm," Babis told Czech radio station Impuls. "It was effective and concrete. We saw our measures and our decisions taking effect. It was a big difference."

The experience across former communist Europe is one of speedier quarantines, shut borders and a fraction of the cases compared with the west of the continent. Without international metropolises like London, Paris or Madrid, there are obvious geographical reasons. Yet the action of leaders who have been politically at odds with the EU in recent years is bolstering their standing at home at a pivotal time.

As governments elsewhere look weakened, the question is whether the Czechs, Poles and Hungarians can wield more influence in the 27-member EU in the post-virus fallout. The answer will come when the financial reality hits, according to Josef Mlejnek, a political scientist at Charles University in Prague.

"Naturally, there will be a need for the economic help from the EU and when it's time to distribute funds, the divide between the eastern and western parts of the EU will appear again," he said. "Right now, Babis is riding a wave of being successful in curtailing the first wave of pandemic, but his popularity going forward will depend on the extent of the economic impact."

Babis, whose net worth is $1.8 billion based on Bloomberg Billionaires Index valuations, has had his critics. His party's popularity stood at 26% in opinion polls last June as he was investigated for abuse of EU funds and faced the biggest Czech protests since the end of communism three decades ago. In December, the chief prosecutor reopened the case against Babis, who denies all wrongdoing. The party now polls 34%.

His government declared a state of emergency on March 12, more than a week before the country recorded its first death. That enabled Babis to make decisions swiftly without the usual procedure of publishing decrees and rounds of coalition meetings.

After stumbling at news conferences in the first weeks of the pandemic, he empowered others to take the central stage, mainly Roman Prymula, the nation's chief epidemiologist. Regular national addresses showed he remained in charge.

The billionaire has a reputation as a workaholic who arranges his own schedule and directly calls government officials at odd hours with tasks. His agricultural, chemical and media empire still employs nearly 34,000 people and it's hard to fill a grocery basket without a product from that web of companies.

Critics say that some of the lockdown measures were too rushed and showed how Babis is used to doing business and cutting deals. A court ruled early efforts to restrict people's movement and shut stores were illegal before the government revised the plan.

"It was a deliberate political play from the beginning designed to make Babis look like the main crisis manager in the eyes of the public, the man who can in a difficult situation single-handedly manage the entire country as well as a family business," said Jiri Pehe, the director of New York University in Prague.

Still, compared with some of his regional counterparts, Babis has taken a less political approach. In neighboring Poland, the government changed election laws at last minute and delayed a presidential vote from May 10 to a still unknown date. In Hungary, Prime Minster Viktor Orban pushed through legislation that allows him to rule indefinitely by decree.

The next few months will show whether Babis will be able to hang on to his lead in polls as he restarts the export-oriented economy heavily dependent on production of Skodas and other cars.

Gross domestic product may drop as much as a record 8% this year, according to the central bank, followed by a rebound to 4% in 2021. The prime minister has already made it clear the government will be looking for ways to save money, though only after spending to help mitigate the slump.

"I am from the business sector," Babis said. "I know what it means to save money."