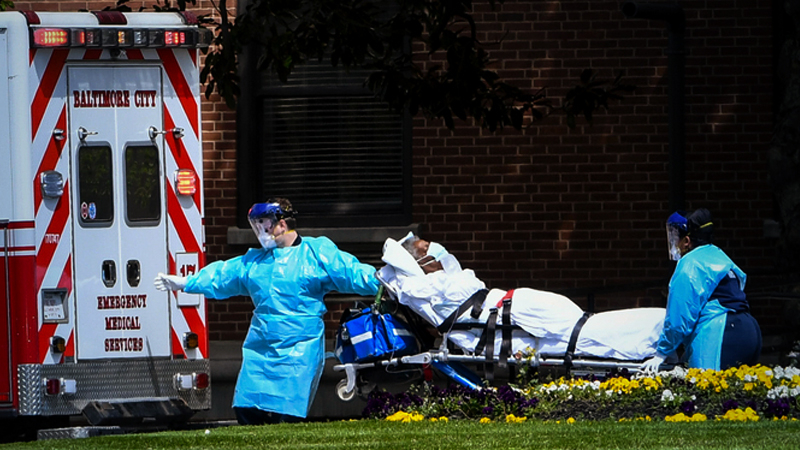 Nursing homes have been directed to report the number of coronavirus infections and deaths to the federal government by midnight Sunday so that health officials can assess the damage the pandemic has inflicted on sick and elderly residents and their caregivers in more than 15,000 homes nationwide.

Collecting the data marks the U.S. government's first attempt to quantify the virus' impact since an initial outbreak in a Seattle home three months ago killed more than 40 people, and then spread to more than 1 in 4 homes nationwide.

Federal officials said they will collect the data weekly and publish it online, along with the names of nursing homes, by the end of May. The data will offer a first look at the impact in states such as Texas and Virginia that have declined to identify nursing homes with covid-19 infections.

The Centers for Medicare and Medicaid Services, the federal agency that regulates the homes, said in an alert Friday the agency "will be taking swift action and publicly posting this information so all Americans have access to accurate and timely information on COVID-19 in nursing homes."

The administration's plan capped months of frustration over the lack of information in many states as the death toll in nursing homes soared. Some grief-stricken family members said they were uninformed about infections, and disturbing stories emerged of overwhelmed facilities, such as a New Jersey nursing home where bodies piled up.

While watchdog groups welcomed the data collection, they said the initiative is long overdue.

"It's going to be ugly," said Brian Lee, the executive director of Families For Better Care, a national watchdog group for nursing homes and assisted living facilities. "The lid is about to blow off."

While the death toll in the federally regulated nursing homes remains unclear, the Kaiser Family Foundation estimates that nursing homes and other assisted-living facilites account for 41 percent of the covid 19 deaths in the United States, based on publicly available state data. In some states, the share is as high as 70 percent or 80 percent of the total deaths.

But families and watchdog groups complained early into the pandemic that many homes were not complyling with the requirements, and most states at first were not publicly disclosing the names of nursing homes with outbreaks.

CMS imposed a $611,000 fine on the Life Care Center of Kirkland, the Washington state nursing home with the nation's first major outbreak, after it failed to report a string of respiratory illnesses in February.

Seattle health officials immediately identified Life Care, but most states did not follow suit. Some states cited privacy concerns, but others such as New York, New Jersey, and Florida began to report the information as cases proliferated.

CMS Administrator Seema Verma initially faced criticism for declining to release the names of nursing homes with infections, but she later declared nursing homes the pandemic's "ground zero" and unveiled a new "transparency effort" to mandate more information for families, residents, and the public.

Under the new rules, nursing homes must notify residents and their designated family members about infections, and report key indicators to the Centers for Disease Control and Prevention every week. CMS will publish the data and identify the nursing homes, though the names of residents and staff are confidential under law.

Among the data the homes must report are: Suspected and confirmed covid-19 infections and deaths among residents and staff, staffing shortages and access to personal protective equipment and ventilators.

Nursing homes that fail to report the data will face escalating fines that start at $1,000 a week, but those will not kick in until the fourth week, according to CMS.

Federal officials said this week that tracking the infections and deaths in nursing homes are critical as many states move to reopen some businesses and services.

President Donald Trump said Friday the nation can reignite "our economic engines" while "taking care of our most vulnerable, which are our senior citizens and some others."

"We're going to be working very, very hard on our senior citizens and our nursing homes and various communities to support those that are struggling in this very difficult time," he said at a Rose Garden news conference to discuss the development of a covid-19 vaccine.

The United States leads the world in the number of known covid-19 cases, with 1.4 million infections and more than 80,000 deaths.

Frustrated by the rising death toll, lawmakers around the country have filed a flurry of measures to address nursing homes. State Assemblyman Ron Kim, D-NY, proposed a bill to allow the state to take over overwhelmed homes.

Sen. Robert Casey, D-Pa., pointed out at a hearing earlier this week that he and Sen. Ron Wyden, D-Ore., have been calling on CMS to reveal the names of nursing homes since early April.

"These families need this information," he told CDC Director Robert Redfield at a hearing Tuesday.

Redfield acknowledged that the virus' impact on nursing homes is "one of the great tragedies that we've all experienced together" and said the agency was taking steps to quickly gather the information.

"This is critical we get in front of this and do comprehensive surveillance of everybody in these nursing homes," Redfield said.

About 1.3 million people lived in federally certified nursing facilities in 2017, while nearly 1 million more resided in assisted living or retirement communities, according to the Kaiser Family Foundation, a health policy research organization.

Industry associations said this week that their members would comply with the requirements but worried that they were duplicating efforts to report to the state and federal governments.

"We really want to make sure that we're focusing our efforts on resident care," said Kristen Knapp, spokeswoman for the Florida Health Care Association, which represents more than 80 percent of the 690 nursing homes in the state.