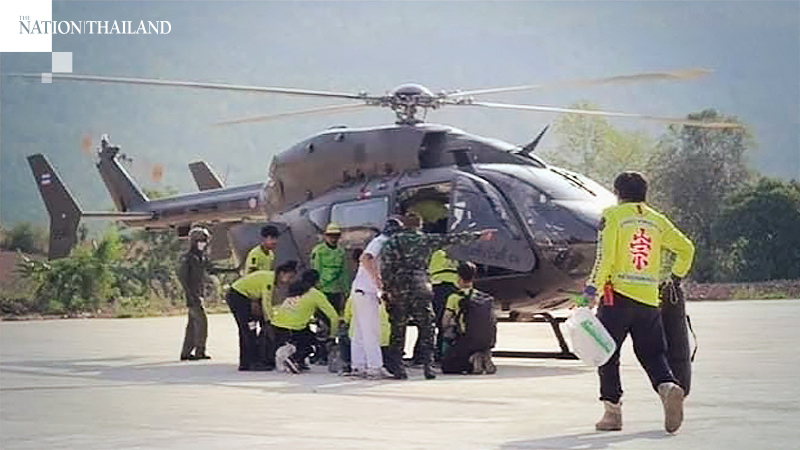 All's well that ends well: four locals of Phitsanulok’s Wang Thong district along with their three canine companions who had been lost in the woods since May 12 were spotted by a police helicopter and rescued on Sunday, said Pol General Krisana Pattanacharoen, deputy spokesman of the Royal Thai Police.

“Police officers on foot and in a helicopter had worked with local authorities since last Tuesday to find the missing persons,” he said. “We discovered them at around 3pm on Sunday in the forest on Lam Phad Mountain located in Wang Nok Ann subdistrict of Wang Thong district, thanks to the smoke from a small bonfire they made.”

The group comprises three adults – a male and two females – and a fourteen-year-old boy along with their three dogs. They had entered the woods to pick fruit and other non-timber forest produce.

As there wasn’t enough space for the helicopter to land, coordinates were radioed to ground teams, who reached the group and brought them safely out of the forest.

They were later taken to Phtisanulok Hospital for a physical check-up.