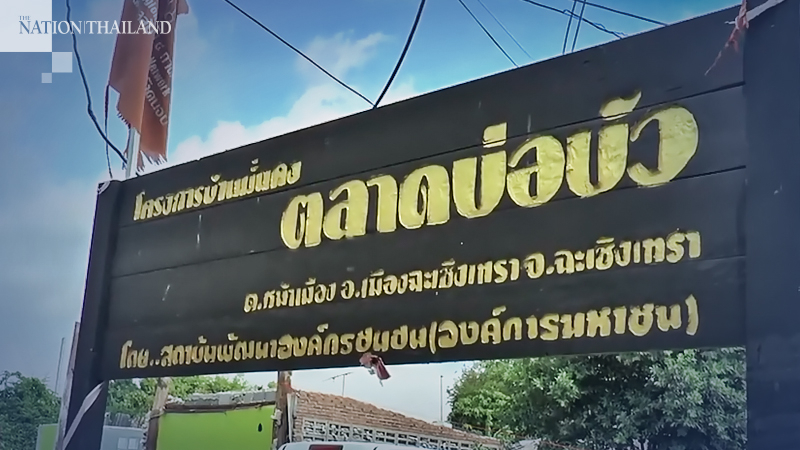 Members of a Senate sub-committee visited the Chachoengsao’s Bor Bua Market on Tuesday (May 19) to check on allegations that vendors were being unfairly overcharged and mistreated.

Wiwat Sangsuriyachat, chairman of the Senate’s Sub-Committee on studies of Corruption and Misconduct and Strengthened Governance, said officials spoke to the vendors who said they have been charged ridiculously high rents since 1996 and nothing has been done to develop the market or improve its sanitation.

He said he suspects that though the State Railway of Thailand (SRT) suspended its contract with a private company in 2001, the company continued collecting rent from the vendors.

“Why didn’t SRT collect the rent themselves and improve the market conditions? I believe the people have not been treated fairly. Initially, the villagers rented stalls for a few baht a day, but when the private company came in, it increased the rent and began demanding Bt20,000 as a deposit,” Wiwat added.

In 1996, SRT used to only charge Bt20 to Bt50 per stall per day based on the size of the stall. But when the private firm came in, the price was increased to Bt40 to Bt80 per stall, and most recently in 2014, the company collected between Bt100 and Bt130 per stall daily.

As for electricity, vendors who do not have their own metre were charged Bt10 for every small bulb and Bt20 for every large bulb used. Vendors who use blenders or juicers had to pay between Bt50 and Bt100 per day.

Initial inspection of the complaint showed that the company did not comply with the 1996-2001 contract it signed with the SRT. The railway agency then terminated this contract on November 1, 2001, and filed a lawsuit against the company. However, SRT later backtracked and compromised, agreeing to sign a new contract with the company, which got away with paying a small compensation for failing to improve the market.

In the new contract, the company was tasked with building new commercial and market buildings, booths, 160 stalls, walking area and a parking lot for 250 vehicles.

However, by December 27, 2018, when it appeared the company had failed its contract agreement again and there was no sign of constructions, SRT claimed that “intruders in the rental area were causing a delay in the delivery of items agreed in the contract”. Then the contract was extended by another year or so to June 14, 2020.

According to the Railway Committee Resolution, any tenants who have not completed construction as agreed upon will stand to lose the contract. However, no action had been taken by SRT in this instance, which will be translated as practice or omission to perform duties and not protecting the interest of government agencies.

“Once the evidence is clear, I will take the issue to the responsible agencies and prosecute all of those who were involved,” Wiwat said.