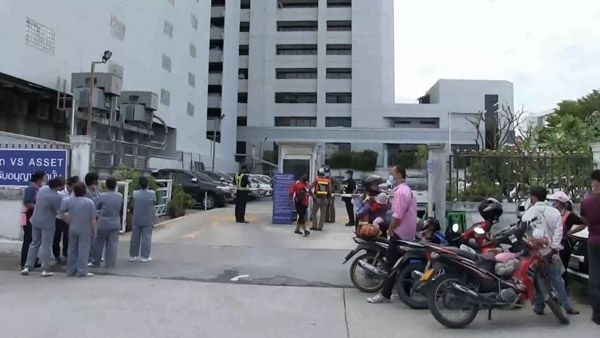 A security guard was allegedly stabbed to death by a woman motorcycle taxi driver after a quarrel at a parking building in Soi Mitraphab on Debaratana (Bangna-Trad) Road on Tuesday (May 19).

Officers of Bang Kaew Police Station in Samut Prakan province were alerted to the suspected fatal stabbing of Sathaporn Thong-In, 37, at 10am on Tuesday.

The victim was found lying in a pool of blood and had a stab wound on the left chest.

The murder suspect, Phayao Senarak, 66, and her husband Than, 73, both motorcycle taxi drivers, waited for police at the scene of the alleged crime. 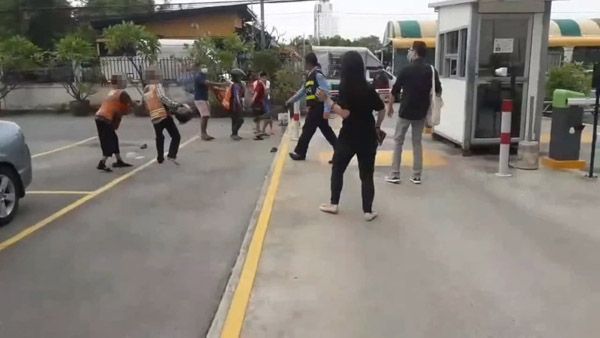 Phayao reportedly handed over to police the bloody knife that she had used to allegedly stab the victim.

Phayao reportedly told police that earlier that day her husband had phoned her that he was involved in a small accident with a car in front of the parking building and asked her to bring the motorcycle’s registration document to clear the matter with the insurance company. 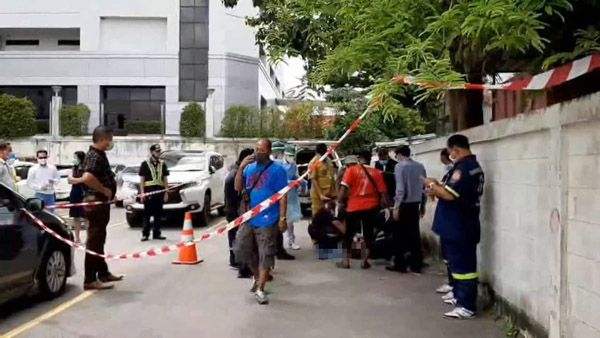 When Phayao arrived at the building, Sathaporn who worked as a security guard said to her that she could not park there as it would block the entrance to the building, which led to a violent quarrel. Phayao said Sathaporn tried to hit her with a piece of wood so she defended herself with the knife, claiming that she stabbed without looking at the victim while her husband was trying to stop the fight.

Police charged the couple with assault and manslaughter.