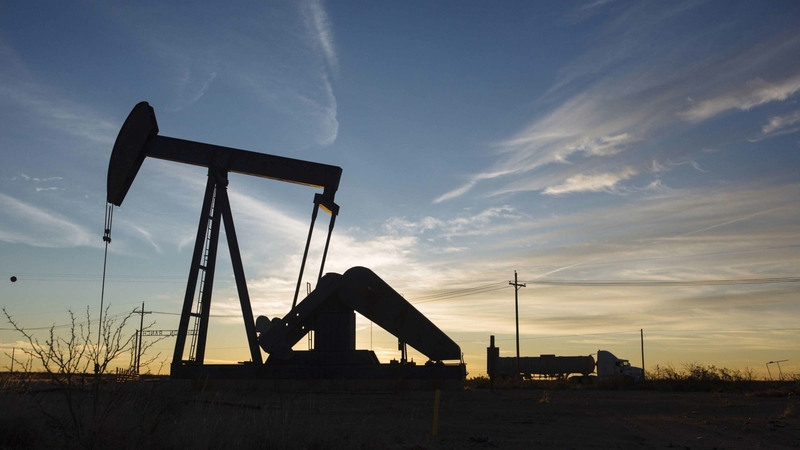 A pump jack in the Permian Basin area of Texas. MUST CREDIT: Bloomberg photo by Angus Mordant.

Futures in New York for July delivery were up 2.8% after earlier rising as much as 5.6%. The U.S. Energy Information Administration showed crude oil inventories declined for the second week in a row and the Cushing, Oklahoma, hub saw a record draw of 5.6 million barrels. But a surprise 2.8 million barrel increase in gasoline stocks reflected ongoing weakness in demand.

"U.S. production is adjusting to the lower demand which is helping to keep inventory levels from reaching the concerns everybody had of reaching capacity," Rob Thummel, portfolio manager at Tortoise, said in a phone interview. The increase in gasoline inventories is a short-term indicator that demand didn't rise as much as everyone was expecting last week, he said.

"That would be the only reason why oil would probably give back some of those" gains, he said.

Oil is in much better shape than it was a month ago as output cuts have kicked in and pockets of demand have emerged. There was no repeat of April's plunge below zero when the June West Texas Intermediate contract rolled over. The spread between the July and August contract is trading in a modest contango.

WTI prices have climbed this month amid the rebound in demand and reductions in supply. Still, any continued rally could be self-defeating as it would encourage output to return when demand is still shaky, UBS Group AG said in a note. Frontline Ltd sees global oil production cuts reversing as early as the second half of 2020, depending on demand, according to the company's earnings presentation.