Surat Thani Immigration Police on Thursday (May 21) arrested a Nigerian national at a rented house in Koh Pha-Ngan district for overstaying his tourist visa.

The suspect, Justine Oguchukwu Ohakam, aged 35, had entered Thailand on August 25, 2019 on a tourist visa and was allowed to stay in the Kingdom until October 23, 2019. 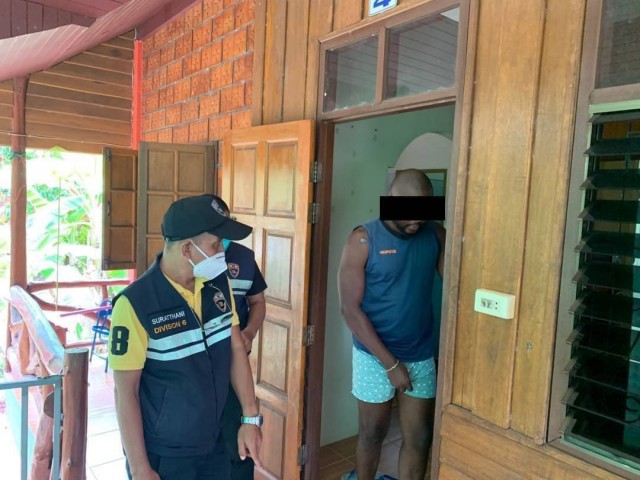 “Officers acted on a tip off from local villagers who said they had seen a foreigner staying at the house for several months,” said Pol Colonel Supphareuk Phankosol, chief of Surat Thani Immigration Police. “This operation is part of the urgent policy being implemented by Immigration Police chief Pol Lt-General Sompong Chingduang, to track down and send home overstaying foreigners to prevent them from using Thailand as a base for illegal operations during the Covid-19 shutdown.”

Ohakam was charged with overstaying his visa to which he reportedly confessed and was later brought to Koh Pha-Ngan Police Station for the legal process.