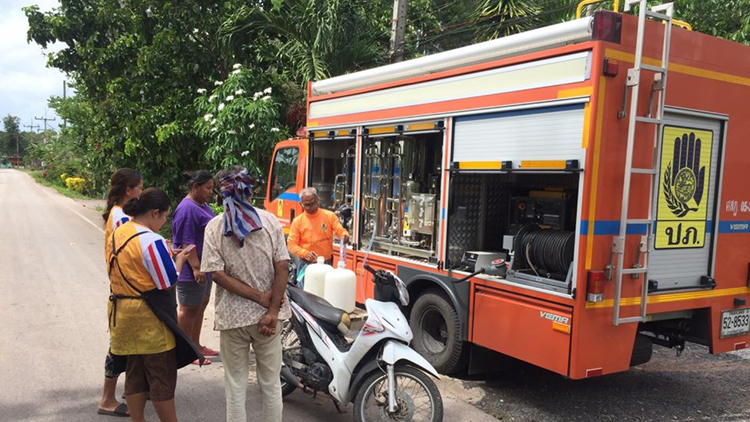 The Interior Ministry’s Department of Disaster Prevention and Mitigation has named 27 provinces as disaster zones due to severe drought and is mobilising agencies to provide immediate relief through measures such as digging wells, pumping water, building tanks and distributing water among residents.

Monton Sudprasert, the department’s director general, said that from October 17, 2019 to May 22, 165 districts in 29 provinces were hit by drought.

“However, Uttaradit and Kalasin are no longer facing drought, which has reduced the disaster zones to 27 provinces, 160 districts and 7,444 villages,” he said.

In line with the severe water shortage, the department has been campaigning for each sector to use water economically and is urging farmers to make adjustments according to the situation. People suffering from drought can call 1784 any time of the day or night for immediate assistance.