The 25-kilometre extension to intercity Highway Number 7 (Bangkok-Ban Chang) opened for trial service today (May 22). The route links U-Tapao Airport and Map Ta Phut Industrial estate and will be toll-free until September.

The four-lane highway carries a speed limit of 120 kilometres per hour.

The stretch between Pattaya and Map Ta Phut is set to be the main route used in developing the industrial zones of the eastern seaboard. 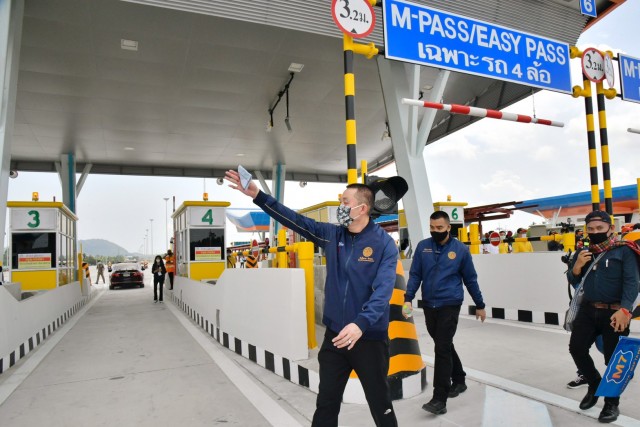 At least 36,000 vehicles are expected to use the extension each day.

The route will be fully open in September 2020, when new toll rates will be collected throughout the route from Bangkok to the U-Tapao tollbooth. Cars will be charged Bt25-Bt130, six-wheelers Bt45-Bt210 and bigger vehicles Bt60-Bt305.