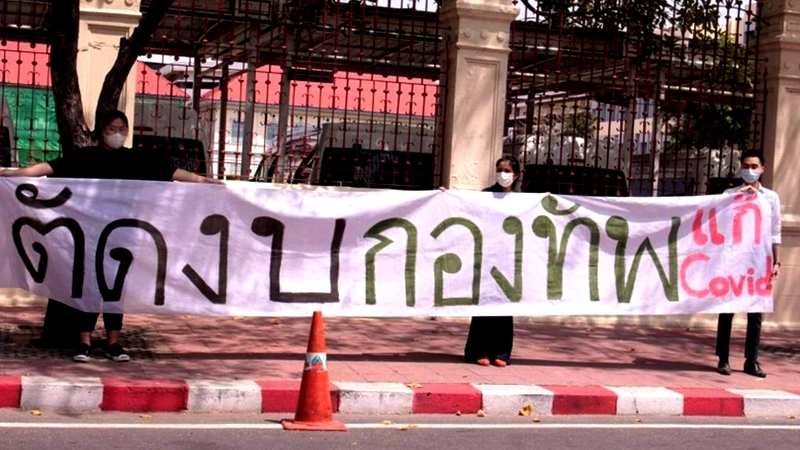 Some 10 representatives of pro-democracy student groups gathered at Government House on Friday to mark the sixth anniversary of the May 22, 2014 coup by holding up signs calling for massive cuts to the country’s defence budget.

They said more funds should instead be allocated to projects that ease the suffering caused by the Covid-19 outbreak.

Police officers and troops were sent out to monitor the students to ensure they were not violating the law.

The students only demonstrated for 10 minutes and promised to launch a discussion on the subject via social media later.