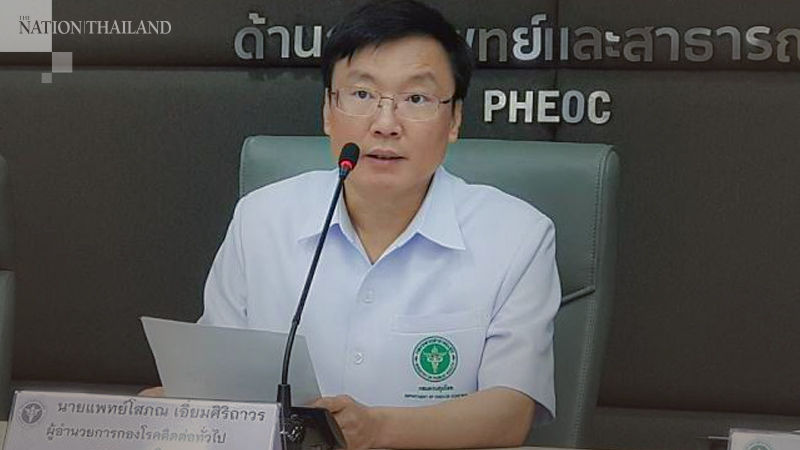 Director of communicable diseases, Dr Sopon Iamsirithaworn, said on Friday (May 22) that the two newest Covid-19 cases reported two days ago may not have transmitted the virus to others because they observed prevention guidelines and wore face masks while in public places.

The first case was a 72-year-old Thai man, who recently underwent treatment at a private hospital in Bangkok, and later visited a barber in the capital’s Prachachuen area. Knowing that his immunity was low, the man has always been careful and never leaves home without a mask. Though there were no other customers at the barbershop when the man visited, there were eight members of staff at the time.

Since all members of staff were wearing masks at the time, they are considered low-risk contacts. However, the owner decided to temporarily close the shop and have all staff go into self-quarantine.

The man’s two or three family members are considered to be at high risk and are being tested for infection.

The second case was a 42-year-old German man who travelled to Thailand in January, but recently visited his mother-in-law in Chaiyaphum province. He returned to Bangkok in a private car and had no symptoms, though he tested positive for Covid-19 when he underwent tests before returning to work. His wife and children tested negative.

However, officials are continuing to test people he may have come in contact with in Chaiyaphum province. Over the past two months, three cases were reported in Chaiyaphum and officials believe there is a possibility that there may be more asymptomatic Covid-19 cases in the province.