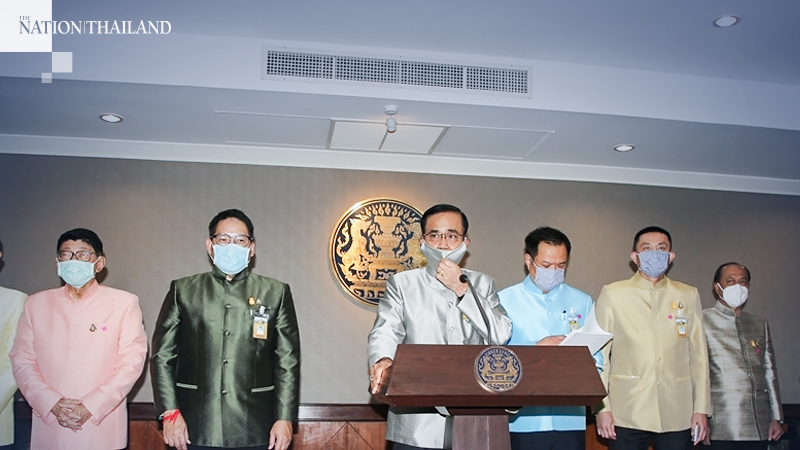 Serious financial difficulties caused by the Covid-19 crisis threatens to fuel further political conflict and instability in Thailand, an expert said today (May 22).

Speaking on the anniversary of the 2014 coup, Assist Prof Anusorn Tamajai,  president of Associate  for Democratic Constitution, said there had been no concrete evidence of reforms in the country over the past six years.

The 2014 coup-makers led by then-Army chief Prayut Chan-o-cha vowed to implement changes that would halt corruption and heal the political divide.

Prof Anusorn, who is also a pro-democracy campaigner, said the government should use the current crisis to reform the nation and restore harmony as the 2017 Constitution has no clear context or mechanism to shape Thailand into a developed democratic country.

He said the Constitution is meant to be an institution that brings harmony, fraternity and peace to society.

The Covid-19 crisis had laid bare the huge social gap that exists in Thailand, he added. The lockdown has revealed deep problems with household debts, lack of savings and social insecurity, which the semi-democratic system spawned by the National Council for Peace and Order (NCPO) had done nothing to solve.

Weaknesses in the economy were being gradually revealed by the Finance Ministry, said Prof Anusorn, while the loss of 8-10 million jobs in the virus crisis was creating more risks.

After the state of emergency was lifted, the government would likely face political pressure from both the coalition parties and the opposition as there would not be enough budget to solve all the problems.

The government should give more weight to the decisions made in Parliament since the House of Representatives was elected by the people to represent their interests, he said.

Tension between coalition parties over a rumoured upcoming Cabinet reshuffle during the crisis could see ministers grab big chunks of the national budget, meaning the government must be on guard against corruption.

Anusorn said that despite strong management of the virus crisis thanks to public cooperation and the well-planned public health structure, economic hardship could drive society into another phase of instability.

The spirit of generosity in the “society of service” created by the public and the private sectors would not be enough to cope with massive level of unemployment, he said, adding the government must instead institute a welfare state.

To solve the crisis, all sides – government and opposition, progressives and conservatives, authoritarian and pro-democracy – must put the people’s suffering first and stop using their hardship as a tool to gain political power, said Anusorn.

The stability Thailand needs cannot be delivered by government, but only by full cooperation across the political spectrum, so that the emergency decree is used to curb the contagion rather than basic rights.

The government also needs to study the consequences of lockdown measures in other countries to find a compromise with citizens, he added, and employ people who are knowledgeable, capable, honest and diligent to govern.

Governance should also be more open to opinions from opposition voices on resolving the economic crisis, while authorities should not seek to centralise power via a coup or other means as this would add a political crisis to the list of national difficulties and lead to national catastrophe.

Anusorn also urged the government to launch reforms guided by the participatory and democratic spirit of the 1997 “People’s Constitution”.

Then the House of Representatives should be dissolved and a new election held so that the Constitution Drafting Assembly can write a new charter and put it to a public a referendum in the same period, so as to save on national budget.

The new Constitution would represent the mutual interest of all citizens, enabling Thailand to develop into a democratic developed nation where quality of life and the rule of law could grow strong, he said.