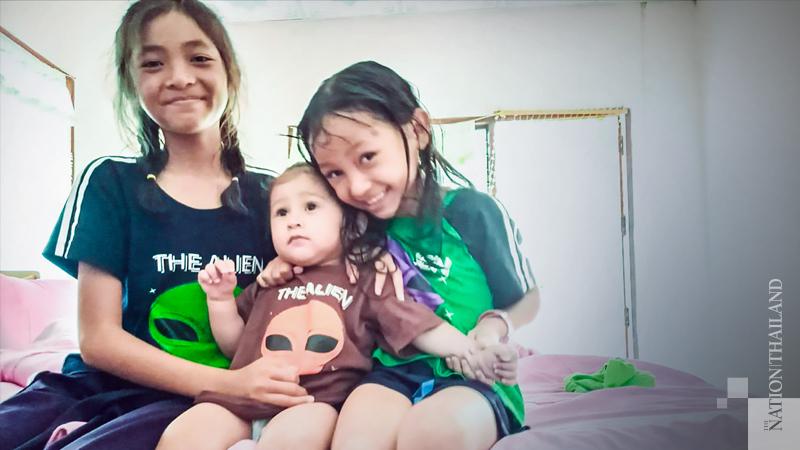 The ban on international flights is stopping Michael O’Halloran from returning to his three daughters and wife in Chonburi. O’Halloran is stranded in Ireland.

Foreign nationals married to Thai citizens who are stranded overseas due to the ban on incoming flights are pleading with the government to let them return so they can be with their families. Some have even contacted Nation Thailand to ask for help. 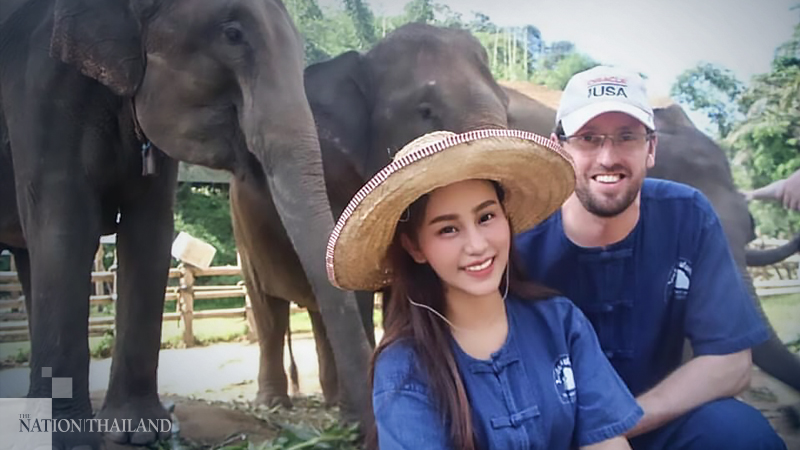 Briton James Jacobs, who is stranded in France, says he wants to return to his wife Sopa, 29, who lives in Chiang Mai.

Speaking to the Nation over the phone, Sopa said her husband has been stranded in France since April, when Thailand stopped all incoming flights for fear of importing Covid-19 cases. She said she can only keep in touch with him online.

Another Briton, Alan Cheetham, who is stranded in the UK, said he wants to get back to his family in the northeastern province of Udon Thani.

Cheetham set up a Facebook page called “Thai Expats Stranded Overseas due to Covid-19 Travel Restrictions” last week and nearly 150 people who are in the same predicament have joined so far. 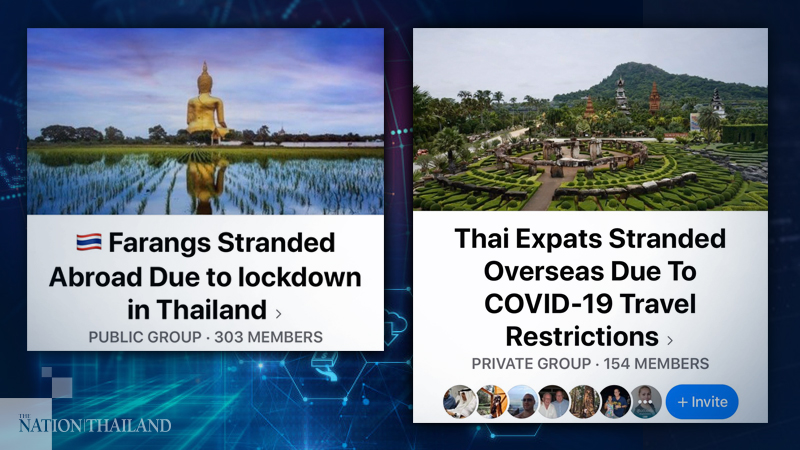 Michael O’Halloran, who is trapped in Ireland, said he wants to be with his three daughters, aged 13, nine and 20 months, who are living with his wife in Chonburi.

Alan Edwards, another expat who is in a similar situation, said it is unfair that families are being kept apart during this difficult period just because one of the spouses is not Thai.

“I understand that in these difficult times, many difficult decisions have to be made by the Thai government, but does the prejudice against Thai/foreigner families have to go on for so long? How is it fair that Thai people and children must be without a loved one or a parent because they are not Thai?” he asked.

Rob Kennedy, who is trapped in Brunei, said the Thai embassy there was helpful, but the high-ranking officials in Bangkok are showing little interest in his case. He said he is willing to pay for quarantine if he is allowed to return.

Kennedy belongs to the “Farangs Stranded Abroad due to Lockdown in Thailand” Facebook group, which has 300 members.

Another expatriate, who has a family in the southern resort city of Phuket, said on condition of anonymity that he left Phuket in March and now cannot return to Thailand. He has a four-year-old son who has a medical condition.

Mam, a Chiang Mai resident who did not wish to reveal her real name, told the Nation that her husband has been stranded in Canada. “My two-year-old girl often asks, ‘where is Daddy’?” she said.

Daniel Nolan has been stranded in Australia for close to three months now and can’t return to his wife and child. He said he went to Australia to attend his father’s funeral in March, only to learn he could not take the flight back to Bangkok. His spouse, Chonpiti Duangsangaram, told the Nation that their child is only 7 months old.

“My husband is missing helping me look after the baby. Now I have had to move to my father’s home so someone can help me look after my little girl,” she said.

Chonpiti said she has spoken to immigration officials at Suvarnabhumi International Airport about her husband being allowed back, but they said it was beyond their authority.

For Jaco Willem Kotze, the reason for separation was different. He and his wife and daughter left Thailand for a holiday in South Africa on February 25. However, when they returned on March 25 – he with all his documents attested by the Thai Embassy in Pretoria – officials at the airport forced him to return to South Africa because no foreigners were allowed to enter Thailand despite having a long-stay visa and marriage certificate.

“Now my wife and daughter are in Thailand and I am sitting in South Africa,” he said.

The Civil Aviation Authority of Thailand banned all incoming passenger flights since April 4 and has extended the ban several times. The latest extension is until June 30.

The government says it is worried about people bringing new Covid-19 cases to Thailand as the rate of infections is still pretty high in many countries, while here it has dropped to a single digit for several days.

The authorities, however, are letting Thai nationals stranded abroad return home in limited numbers based on the capacity of state quarantine facilities and hospitals.

Recently, the government decided to have hotels and hospitals work together on quarantine facilities that can accommodate people who want to be comfortable and are willing to pay for it. This model may also apply to foreign tourists.