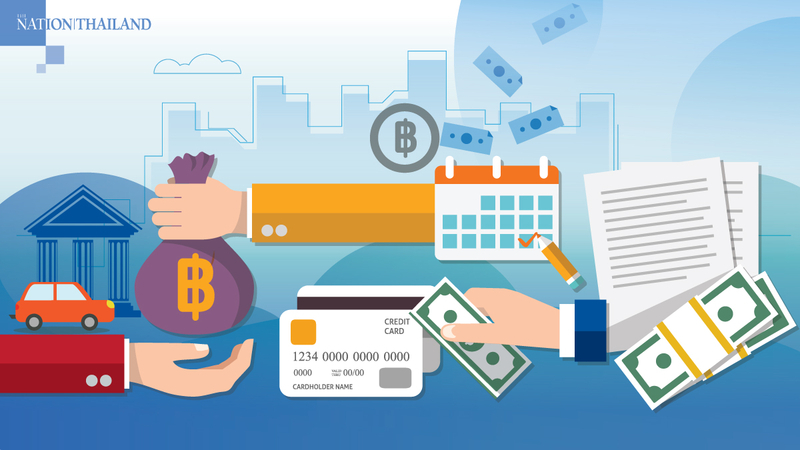 Banks and non-banking financial institutions are getting cautious about the quality of loans to borrowers and are requesting increased information, according to the National Credit Bureau (NCB).

“In the first four months of 2020, there have been over 26 million requests to check clients' credit information,” said Surapol Opasatien, NCB's chief executive officer. “We estimate that by the year-end, financial institutions will have made over 70 million requests, compared to last year’s approximately 55 million requests.”

The increase in credit information checking is seen as reflecting lenders’ concerns over loan extensions and their lack of confidence in loan quality.

“In the first quarter, non-performing loans [NPLs] in the financial system remained high at 8.1 per cent of total outstanding loans, at nearly Bt950 billion,” he added. “Meanwhile, NPLs that have entered the TDR [Troubled Debts Restructuring] programme increased from 7.6 per cent last year to 8.3 per cent, or Bt970 billion, and this is before Covid-19 situation had escalated in Thailand.”

The NCB estimated that by the year-end, debts in the TDR programme could exceed Bt1 trillion, while the NPLs ratio could hit double digits.

“The group that caused a significant increase in debts are Generation Z [aged 20-23 years], as their lending accounts have more than tripled from last year’s first quarter -- from 87,000 accounts to 280,000 accounts,” said Surapol. “Digital lending has increased the accessibility to loans, especially in auto hire purchases and credit cards. NPLs in this group is at 10-12 per cent with 7-8 per cent of overdue loans.”

Surapol added that the increasing numbers of non-bank pico finance and nano finance companies have applied to become members of NCB. “Grab and Line, for example, will become a member from the second quarter onwards and engage in the digital lending business."