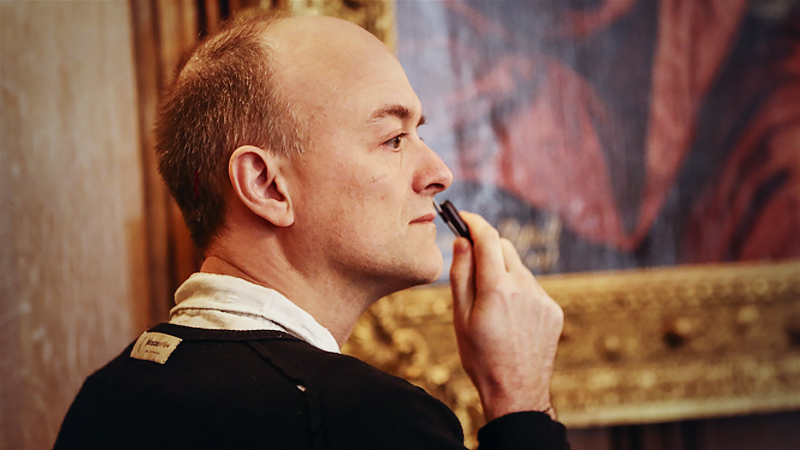 Boris Johnson's chief adviser is facing calls to resign after breaching lockdown rules imposed by his government to try to contain the spread of the coronavirus.

Dominic Cummings traveled more than 250 miles (400 kilometers) from his London home at the end of March at a time when he was supposed to be self-isolating with coronavirus symptoms. Cummings went to Durham to seek help with childcare from family living there because his wife was suffering from covid-19 and he was showing symptoms, the prime minister's office said in a statement, defending the decision. U.K. citizens were under orders not to travel, and to stay at home if they displayed symptoms.

"I behaved reasonably and legally," Cummings told reporters outside his home on Saturday. "Who cares about good looks? It's a question of doing the right thing. It's not about what you guys think."

Britons are beginning to chafe after two months of lockdowns in a country where fatalities from the virus have topped 35,000, the most outside of the U.S. Other high-profile officials caught violating the rules have paid a price. One of government's top scientific advisers on the virus quit after admitting to quarantine breaches and Scotland's chief medical offer resigned in April after making two trips to her second home.

"Every MP has had dozens of cases identical to Dominic Cummings and we've always given the advice that you can't travel in those circumstances," the opposition Labour Party's Chris Bryant said in a tweet. "That's why it feels like one rule for the rich and powerful and another for the rest of us."

Cummings is most famous as the man who ran the successful referendum campaign on the U.K. leaving the European Union. He has been a hugely controversial figure at the heart of the government ever since he was appointed to be Johnson's chief adviser last July.

While Johnson has yet to comment on the controversy, his top deputies rallied to defend Cummings.

Foreign Secretary Dominic Raab wrote on Twitter, "It's reasonable and fair to ask for an explanation on this. And it has been provided: two parents with Coronavirus, were anxiously taking care of their young child. Those now seeking to politicise it should take a long hard look in the mirror."

Cabinet Office Minister Michael Gove said "caring for your wife and child is not a crime."

The episode calls into question under what circumstances travel is allowed and could further complicate the government's attempts to communicate how it will relax the lockdown. Recent polls show support is waning for Johnson's response to the virus.

Meanwhile, Durham police officer and crime commissioner Steve White told the BBC that traveling to the county "when known to be infected was most unwise," given the ethos of the guidance and regulations which were designed to reduce the spread of the virus.

The statement was issued the morning after reports in the Guardian and Mirror Friday evening. The government advises not leave home "if you or anyone in your household has symptoms."