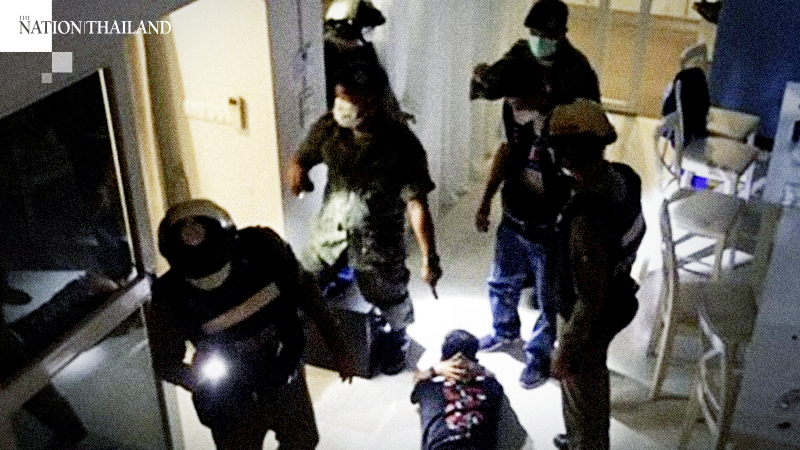 Bang Lamung police in Pattaya, Chon Buri, followed a car that ran a security checkpoint early today, ending up at a passenger’s house and finding 12 adolescents taking drugs there.

A white Hyundai was spotted running a checkpoint at 12.10am today, and police promptly radioed other checkpoints to stop them.

After stopping the vehicle, Bang Lamung checkpoint officers said the car contained four teens under 20 – two males and two females – who claimed they were taking an injured female friend to hospital, but got scared when they saw the police.

The officers then asked them to lead the way to their house and eventually found eight adolescents, who got a shock on seeing the police enter.

Twelve of them, six males and six females, eventually confessed that they were taking drugs in the house. One of them even claimed to be a kid of a high-ranking police officer.

They all were tested for drugs and are being charged.