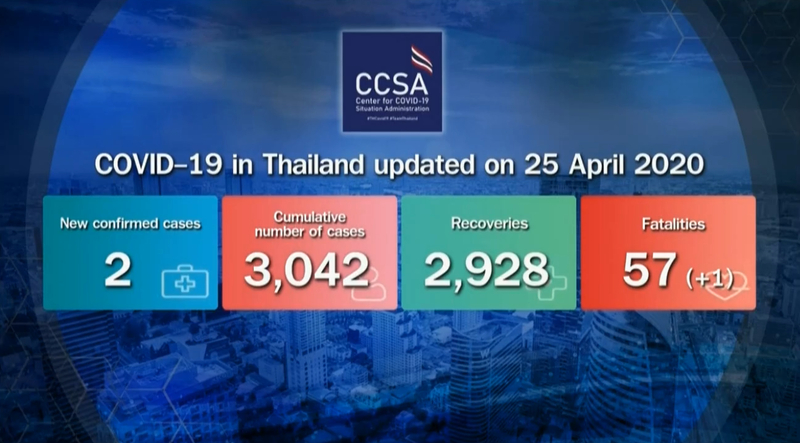 The two new cases are a 46-year-old Chinese woman and a 55-year-old masseuse, who returned from Russia. Both didn’t initially show any symptoms.

Meanwhile, a 68-year-old female who had end-stage renal disease, diabetes and hypertension died of respiratory failure at Chumphon hospital. She had been in close contact with a previous patient and was confirmed to be infected with Covid-19 on April 14. She died of septicemia, which causes acute myocardial infarction, on May 24.

Seven people have fully recovered and returned home in the past 24 hours.