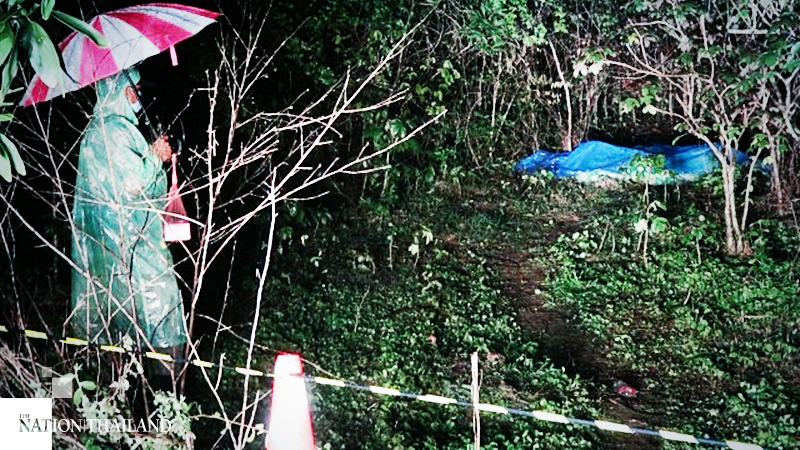 Police have launched a murder investigation after discovering the bodies of two men bound together and burned in a forest in Hat Yai district, Songkhla province yesterday (May 24).

Officers found the charred bodies lying one atop the other, with feral dogs tearing at the flesh. The remains were sent to Hat Yai Hospital for autopsies.

The grisly scene was first spotted by local residents, who reported the discovery to police. Investigators estimated that the victims were aged between 20 and 25 years old.

Police are now investigating surveillance camera footage in a bid to track down the vehicle that transported the bodies to them dump in the forest.

They suspect the crime might have stemmed from drug dealing. Police have also publicised details of the incident in order that the victims can be identified by relatives.