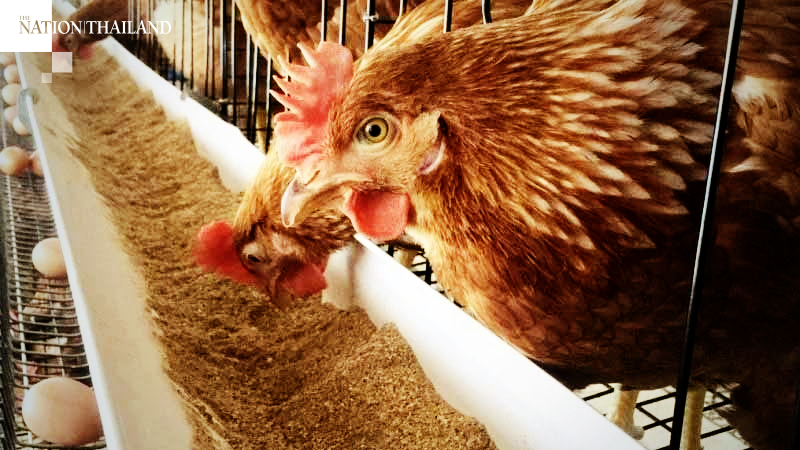 The egg policy development board is launching measures to deal with the glut in eggs, Agriculture and Cooperatives Minister Chalermchai Sreeon said on Monday (May 25).

The authorities had previously suspended the export of eggs from March 26 to April 30 to solve the problem of shortages as people began hoarding eggs over fears related to the Covid-19 outbreak.

As of May 20, the daily production level for eggs stood at 41 million, while daily consumption is expected to drop to 38 million per day due to the economic slowdown, temporary closure of venues, drop in tourists and slow global recovery.

According to the Department of Internal Trade on May 22, eggs were being sold at Bt2.40 per piece, far below the Bt2.68 it takes to produce an egg due to an oversupply of 3 million eggs daily.

Chalermchai said the board has issued guidelines to resolve the egg price issue by promoting exports, retiring 3 million laying chickens, selling eggs via Blue Flag stores and delaying the incubation of laying chickens by up to 10 weeks.

“The Department of Internal Trade will promote egg exports, while the Department of Livestock Development will responsible for retiring and postponing the incubation of laying chickens,” he said.

He also said that up to 30,000 eggs worth Bt75,000 had been delivered to the Bamrasnaradura Institute, Thai Red Cross Society, Rajavithi, Chulalongkorn, Ramathibodi and Phramongkutklao hospitals.