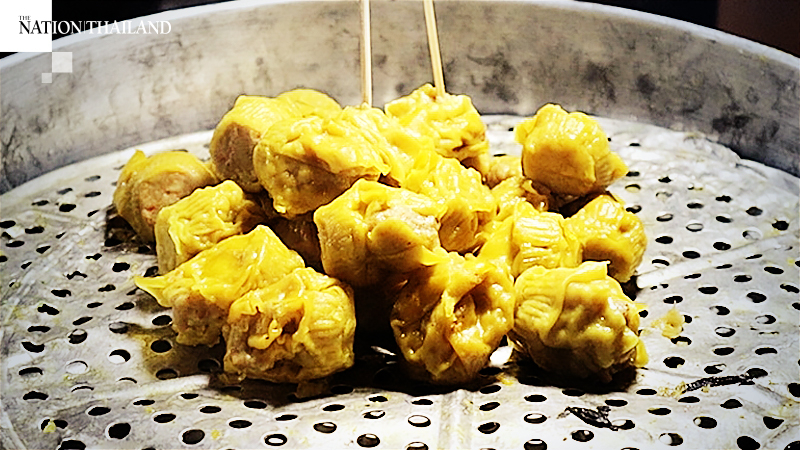 The plot thickened yesterday in the case of the “deadly dumplings” suspected of killing one person and sickening nearly 20 more in Samut Prakan earlier this month. Health officials investigating the shop where the dumpling vendor said she bought her wares found that it did not open on the day she said she had purchased the dumplings. Meanwhile, the dumplings from the stall that tested positive for bacteria were made of pork, but the shop identified by the vendor is run by Muslims and makes only chicken dumplings.

Prakit Wongprasert, chief of Disease Control in Samut Prakan, revealed today (May 25) that a sample of dumpling bought by the victims had tested positive for salmonella bacteria, which causes diarrhoea, nausea, vomiting and physical exhaustion. Among those suffering the same symptoms after eating dumplings from the stall on May 8 was Thanu Changphuprangam, 66, who then died from severe hydration and shock.

Prakit pointed out that bacteria could grow quickly in food that was kept for a long time, saying that dumplings spoil easily. He added that medical investigators had to wait for results of tests on other victims before they could identify either the pork or the chicken as the source of the food poisoning.

Police investigators at Bang Sao Thong police station have interrogated the other victims and eight witnesses, as well summoning the dumpling vendor to give more details about the case. The vendor has not yet responded to the summons.