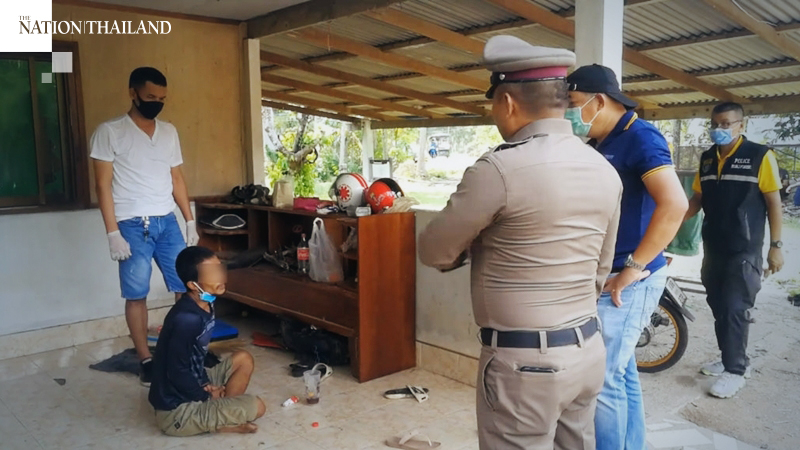 Two of three alleged drug dealers involved in the murder of two men bound together and burned in a Songkhla forest were arrested. The third is still on the run and being hunted down.

Wirat Kaewthongpan, 35, was arrested at his residence in Hat Yai district yesterday (May 25) and reportedly confessed to the crime.

The police found a large stain of blood in his backyard, where the victims were reportedly shot to death.

An alleged well-known drug dealer in his area, he was involved in a similar murder case but managed to avoid court punishment.

Meanwhile, the other suspect who was nabbed and whose name was not revealed vigorously denied his involvement in the case.

The police have said the two murdered men – identified as Anucha Suphanit, 27, and Prasert Thamraksa, 20, whose charred corpses were discovered in the forest – had an unspecified conflict with the three.