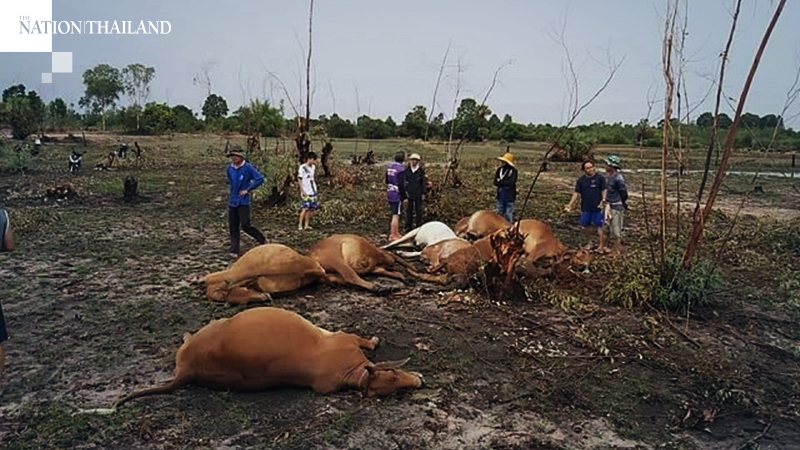 A lightning strike killed eight cows and dispatched its herdsman to hospital in Roi Et’s Suwannaphum district yesterday (May 25).

Another herdsman, Adisorn Pittangthane, 23, was trying to find cover after a storm slammed the district when he heard deafening lightning nearby.

Looking to identify the area struck by lightning, he spotted Chalerm Sangkasing, 71, lying down next to his dead cattle. Adisorn tried to administer CPR to the elderly man then sent him to hospital.

Chalerm, who has now recovered in Kaset Wisai Hospital, said through red eyes that he felt “deafened” and has been hit by a “headache”.

Each of the dead cows were worth Bt30,000-Bt50,000, with their total worth being put at Bt300,000 as they were high-bred cattle. Their carcasses, however, went for an unspecified “cheap” price.