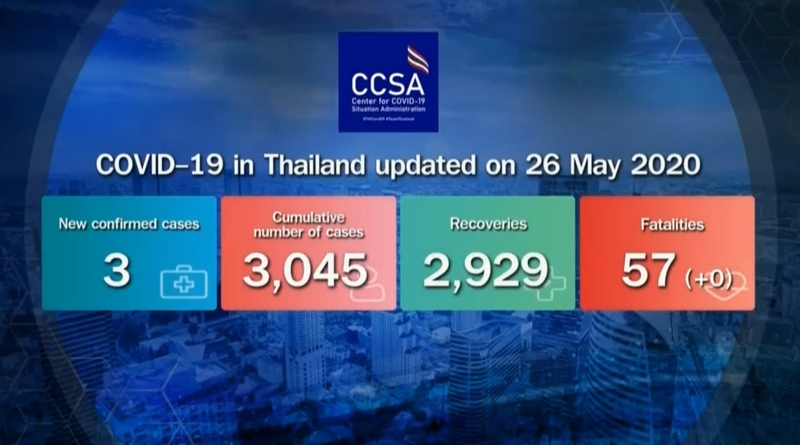 All three new cases, which had barely shown any symptoms, were found in state quarantine – a 51-year-old female masseuse, who returned from Russia, and two 45-year-old men, who came home from Kuwait.

Meanwhile, one patient has recovered and returned home in the past 24 hours.

Public Health Ministry statistics show that in the past four weeks the number of provinces that have reported no cases has increased to 65, while 10 provinces reported “around” one case and two others have 5-10 patients.

Globally, the number of confirmed cases is presently around 5.49 million and about 345,000 deaths.