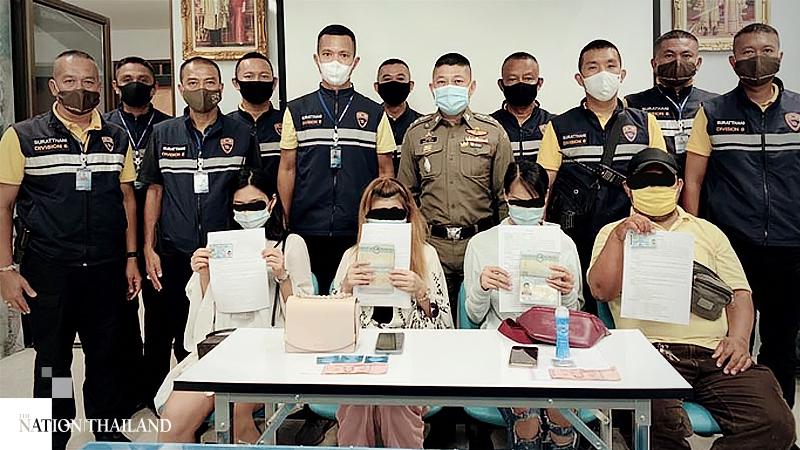 “The officers acted on a tip off that foreigners were running a prostitution business and contacting clients via Line application,” said Pol Colonel Supphareuk Phankosol, chief of Surat Thani Immigration Police. “We ran a sting operation pretending to be clients, asking for services of two women at the hotel, where undercover officers booked a room to wait for the suspects.”

The two Laotian women were escorted to the room by Ploypairin Chuangthip and Yotsaphon Pipatsattaya, both Thai nationals who allegedly work as the women’s agents. After paying the women Bt1,700 and Bt1,600, officers arrested all four for prostitution and running a brothel. They also reportedly seized condoms, mobile phones and lubricants as evidences.

The Laotians were later identified as Dam Vilaiphone and Tadam Douangdal. Three suspects, with the exception of Yotsaphon, confessed to the charges. They were later taken to the Muang Surat Thani Police Station for legal procedure.