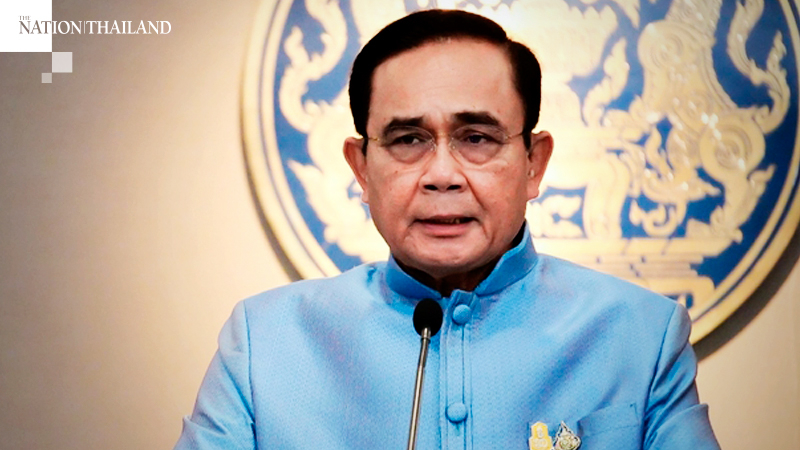 Prime Minister Prayut Chan-o-cha said on Tuesday (May 26) that he has ordered several state agencies to work on easing the impact Covid-19 crisis has had on the business sector.

The premier met representatives of many business organisations over the past three weeks, with a focus on SMEs, to listen to their problems. He said he has instructed state agencies to spend a part of their budget on purchasing products from small businesses nationwide in a bid to boost income at the grassroots level.

He said he will follow up on this project personally to see if his instructions are being truly implemented. The agencies are required to report to him at the end of this year.

Prayut has also called on large companies to procure products from the small-business sector, which employs 14 million people. After talking with the retail sector representatives, he said they want to see the sector to be fully reopened soon.

The premier also said he will push for the promotion of domestic tourism soon, and has been aware that the operators want to see tourists returning as soon as possible.

However, he said, tourists can only be brought back once the risk level from the outbreak goes down to an acceptable level, because if people are allowed to enter the country too soon it may open the door to a second wave of infections. This, he said, will end up wasting everything Thailand has done to successfully contain the outbreak.

The premier has also instructed state agencies to consider spending their funds on holding seminars in hotels nationwide to help hoteliers earn again after their business has been brought to a standstill by the pandemic. He added that they must focus on legally registered hotels with strict measures of outbreak prevention.

Apart from the Covid-19 issue, the premier has also instructed relevant state agencies to seek ways to solve the drought problem for farmers.