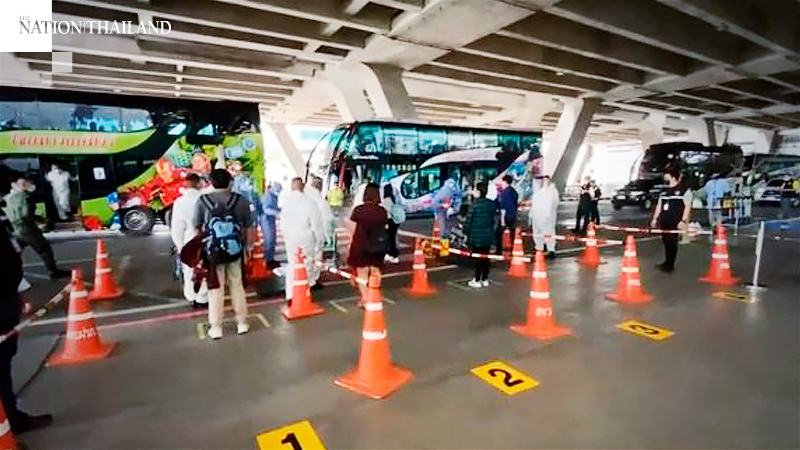 Fourteen out of the 200 Thais who returned home on Tuesday (May 26) from Italy, Malaysia, Japan and Taiwan were classified as PUI (patient under investigation) as they showed symptoms similar to Covid-19, Suvarnabhumi Airport deputy director Kittipong Kittikachorn said.

The Thais arrived by four flights at the airport. 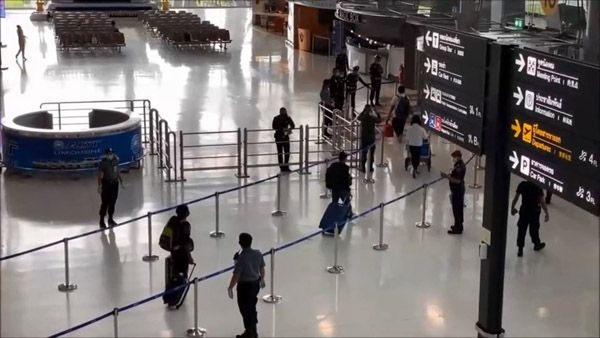 “Fifty eight Thais who departed from Rome on THAI Flight TG 8083 that arrived at 7.20am passed the screening procedures with no PUI found,” he said. “They were later transported to quarantine facilities in Chonburi and Bangkok to complete the mandatory 14 days quarantine.”

All 148 passengers travelling on Thai Smile Airways Flight WE 8104 from Malaysia that arrived at 1.35pm passed the screening procedures except one who was classified as PUI and rushed to hospital for detailed examination. The rest were transported to quarantine facilities in Chonburi, Samut Prakan and Bangkok provinces.

Thirty-five Thais who departed from Tokyo on Japan Airlines Flight JL 031 and arrived at 1.35pm also passed the screening procedures with no PUI found. They were transported to quarantine facilities in Chonburi and Bangkok.

Thirteen out of 165 Thais who departed from Taipei, Taiwan on Thai Smile Airways Flight WE 8095 and arrived at 4.20pm were classified as PUI and were rushed to hospital. The others, except for one passenger who was detained by a court’s arrest warrant, were sent to quarantine facilities in Bangkok and Samut Prakan.