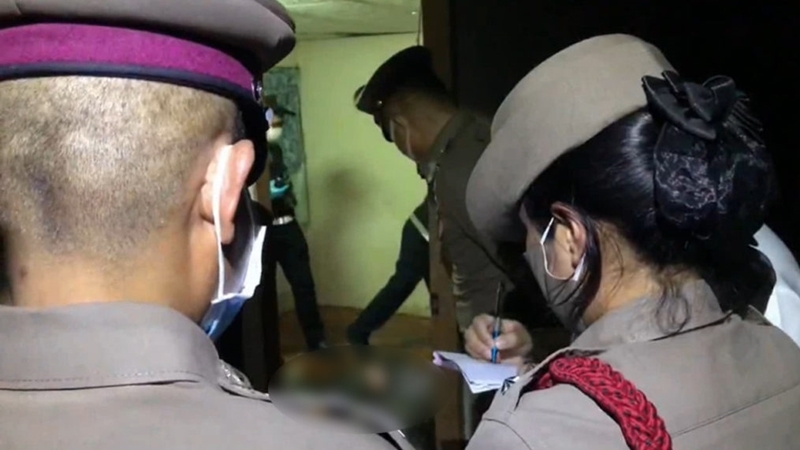 A couple in Roi-Et who had frequent fights and were found dead on Sunday might have hallucinated before trying to murder each other, police said.

On May 25, police and rescue volunteers went to a house in Muang district after being notified of foul smell. They found two corpses holding each other in the room full of blood and maggots.

The body of the man, Likit Jansahang, 29, was slit on the throat while the body of Nuengruethai Janjamkorn, 43, had a swelling on the face, suspected to have been caused by violence.

Likit’s uncle Samrit Jansahang said they had lived together for a year and frequently fought with each other. Boonlert Jansa-le said they had to call the police several times to stop them.

The police found two paper knives with blood stains and equipment for drugs in a bin. They suspected the two might have been under the influence of drugs and attacked each other.