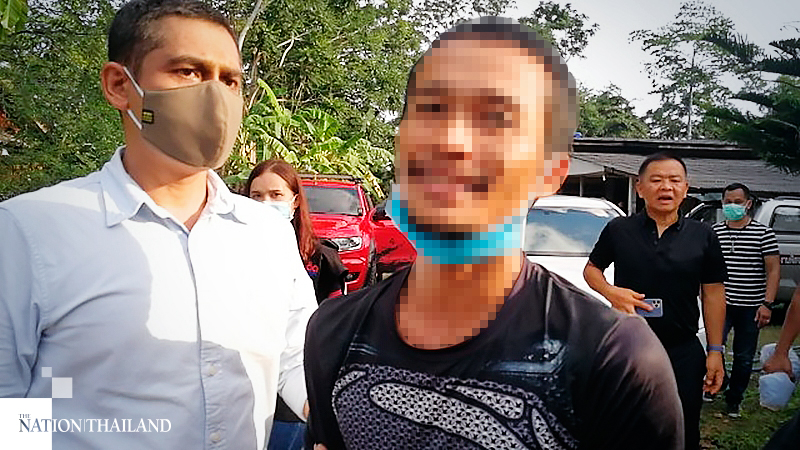 A man who reportedly confessed to murdering two men and dumping their burned bodies in a Songkhla forest claims the crime was an act of revenge after the men raped his wife.

Police suspect the crime stemmed instead from a dispute over drug-dealing. Wirat was previously involved in a similar murder case but managed to escape punishment.

Wirat told police that he asked the victims to come to his house, before shooting them and dumping their bodies in the forest. Police found a large bloodstain in the yard of his house.

He said he had tried to burn the bodies to erase the evidence of his crime, but locals spotted the charred corpses still bound together in the forest on Sunday (May 24).

Investigators will now arrange for his wife to undergo psychological tests to assess whether she is mentally ill. If so, they want to know if she became insane before or after being raped.

Wirat is accused of four crimes: murder, defiling corpses to conceal the cause of death, possessing weapons without permission and stealing a motorcycle.