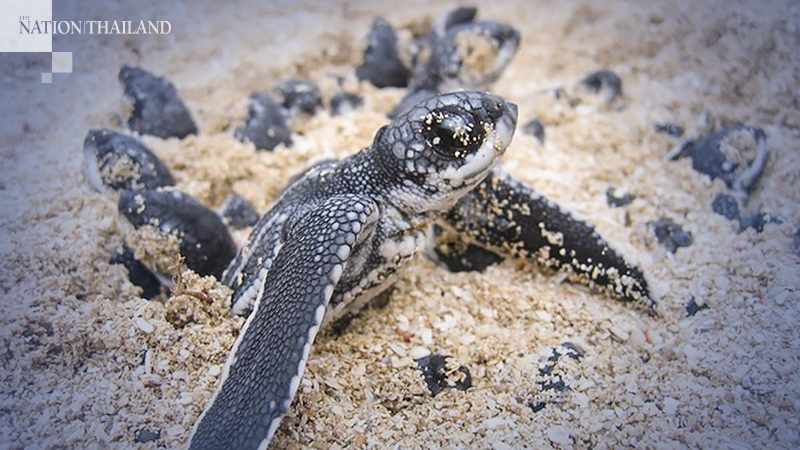 Abandoned by tourists, a beach on Koh Samui became the scene of a rare natural event on Monday (May 25), when protected green turtle hatchlings emerged from their nest and struggled into the sea.

Staff at the Banyan Tree Samui had been monitoring the nest on the Lamai Bay beach after spotting that a female turtle had dug up the sand and laid her eggs on March 30.

Officials from the Marine and Coastal Resource Research Centre asked the staff to keep a close watch because the nest hole was covered by a thick layer of sand after heavy rain and there had been no sign of any turtles hatching. 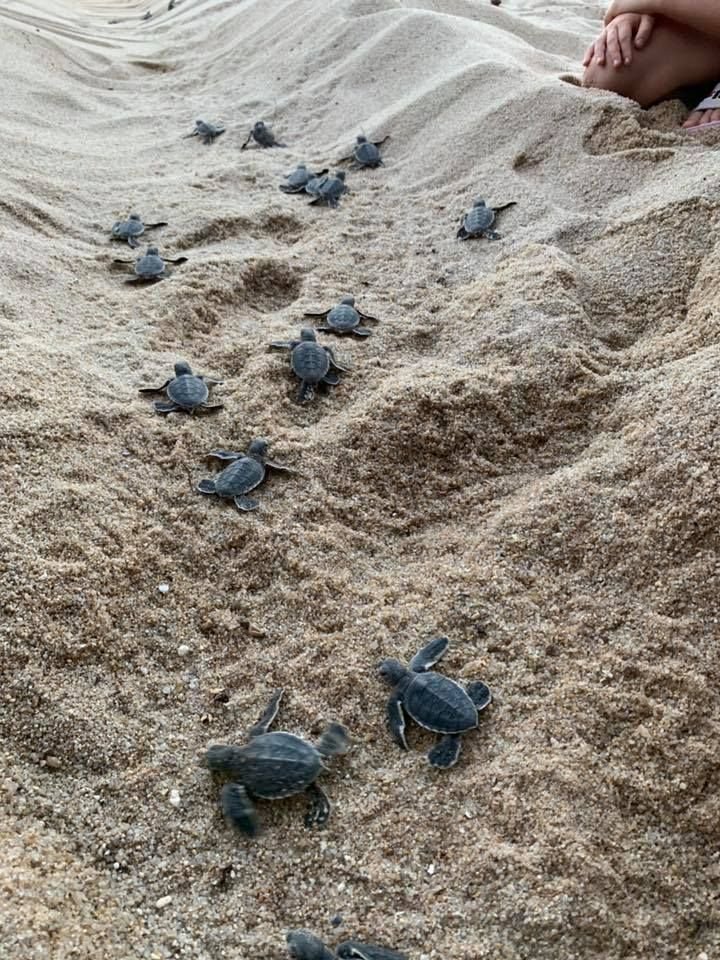 On Monday, research centre staff decided to give the hatchlings a helping hand.

“After removing a layer of sand from the hole, we found that turtles were moving inside,” an official said. “So, we decided to help them and investigate the nest.” 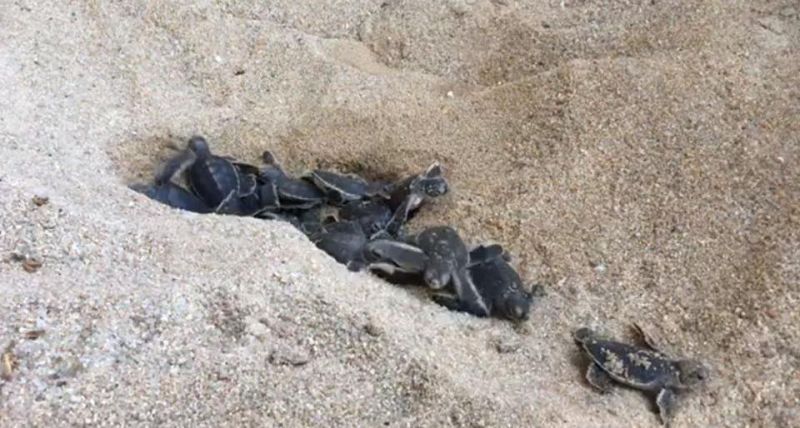 “A total of 36 baby green turtles hatched from eggs and clambered into the sea,” the official added. “We also collected eggshells, carcasses, and unfertilised eggs for further examination.”

In February, Samui witnessed its first recorded green turtle nests in six years as coronavirus kept tourists away from the island. Green turtles normally lay their eggs on quieter beaches of the Andaman coast.