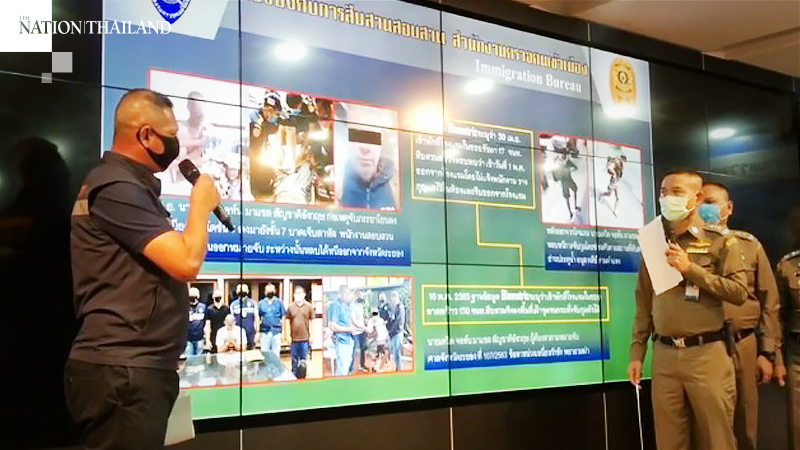 Immigration police chief Pol Lt-General Sompong Chingduang on Wednesday (May 27) announced the arrest of Briton David John Marshall, 47, who fled the scene after allegedly throwing his Thai wife Sukanda (last name withheld) off the eighth floor of a condo in Rayong province.

“The incident took place on April 28 at Ban Chang Cliff Beach Condotel in Rayong,” said Sompong. “The victim survived, because her fall was broken by the balcony on the seventh floor, but suffered serious injuries. She also told officers that her husband had forcefully detained her in the room for several days.” 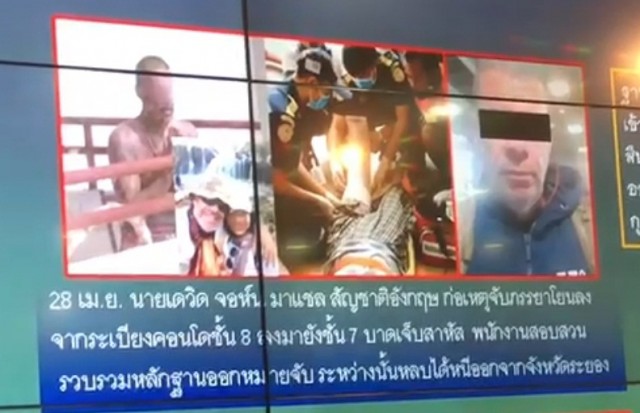 Police reportedly tracked the suspect down to Baron Residence Hotel in Bangkok’s Soi Lad Phrao 130 using the biometric scanning system. The suspect had allegedly jumped from hotel to hotel in Bangkok. 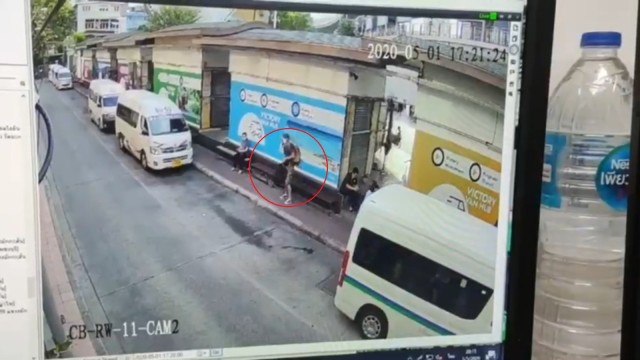 Marshall reportedly confessed to assaulting his wife because she was threatening to leave him for another man after he had put all his assets in her name.

Rayong court had issued an arrest warrant against Marshall for attempted murder and holding someone against their will.