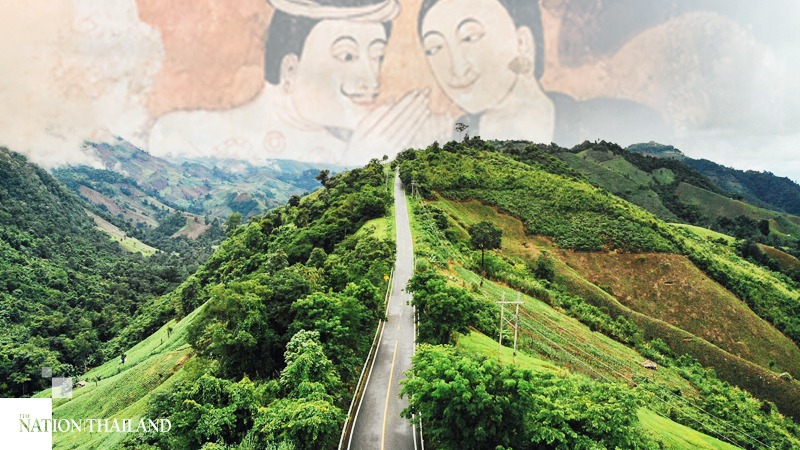 Nan tells tourists to stay away for now

Tourists have been urged to avoid visiting Nan province due to the Covid-19 outbreak.

While making the plea to tourists, provincial Governor Worakitti Sritipakorn said that the province allowed only five groups of people. They are: medical and bank personnel; transporters of goods, fuel or people to prisons and government vehicle drivers; Nan residents returning from other places; Thai nationals from other provinces with sound reasons to visit Nan; foreigners who are embassy or consulate staff or from international organisations; and persons allowed by the communicative disease committees.
Nan has enforced the following practices since May 20 for those arriving or leaving:
Those coming for medical and financial businesses, or to transport food, agricultural and industrial products, medicines, machines, construction materials, fuels, parcels – as well as drivers of government vehicles and vehicles that transport people to prisons, must show their business certificate issued by government agencies, and their ID cards. Also, their temperature will be checked.
Those who do not have a certificate must show the ID card, and their temperature will be checked. Those allowed to get past the checkpoints should report themselves to the village chief. These regulations also govern Thai nationals resident in other provinces, arriving in Nan for one day.
Those who come from other provinces where there have been no Covid-19 cases in 28 days, in accordance with the communicative disease committee’s announcement, should show their ID cards and their temperature will be checked before receiving permission to enter the province. They must report themselves to village chiefs, and will be inspected by local volunteers.
Those arriving in Nan but not covered by the specified reasons must show the ID card, pass temperature checking, register as arrivals, report themselves to the chiefs, and be inspected by local officials. These people will be quarantined, but can leave the area if officials permit.
People coming from Phuket are required to report themselves to officials, and be quarantined for 14 days. These people can leave the quarantine area if permitted by officials.