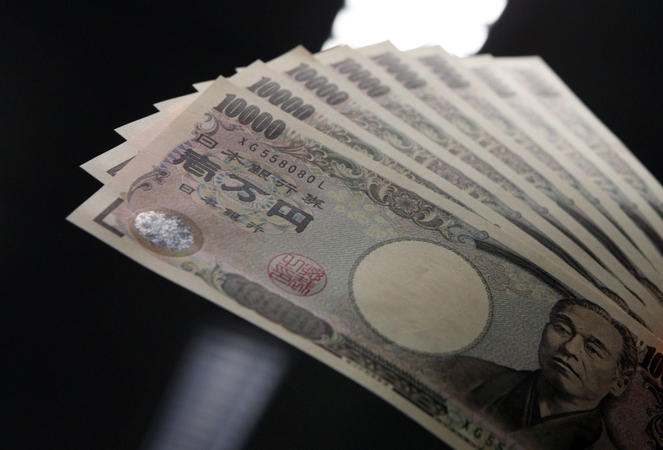 Japanese yen notes are arranged for a photograph in Tokyo. MUST CREDIT: Bloomberg photo by Tomohiro Ohsumi.

Prime Minister Shinzo Abe is doubling down on his stimulus measures with more than $1 trillion of extra help to keep businesses and households afloat amid the coronavirus recession.

The 117 trillion yen ($1.1 trillion) package includes financing help for struggling companies, subsidies to help firms pay rent and several trillion yen for health care assistance and support for local economies, according to a finance ministry statement Wednesday. The spending will be funded by a second supplementary budget of 31.9 trillion yen that breaks a record for extra-budget spending set only last month.

The latest aid was finalized after data last week confirmed Japan has sunk into a deep recession and polls show support for Prime Minister Shinzo Abe's cabinet dropping to a record low over its handling of the outbreak.

While the government ended its nationwide state of emergency this week and new virus cases have tailed off, the economic outlook is still grim. Analysts see gross domestic product shrinking by more than 20% this quarter and say the recovery could be slow as exports, tourism and business investment struggle to rebound.

Abe, speaking earlier this week, had said Japan would weather the pandemic by mounting the world's biggest stimulus response, promising new measures that would bring the government's support for the economy to around 40% of GDP.

The new measures match the overall size of April's 117 trillion package, bringing the total of the two packages to just under 234 trillion yen.

"When popularity goes down, politicians tend to want to do something big," said economist Hiroshi Shiraishi at BNP Paribas SA. "These measures are designed to stop or alleviate the damage done by the pandemic on companies and individuals, not to boost growth. So even with this package, Japan's pickup will be very gradual."

The government's extra spending comes amid reassurances from the Bank of Japan it won't allow bond yields to rise.

In a rare joint statement last week, the government and the central bank pledged tight cooperation to get funds to struggling businesses and shield the economy from the virus's fallout. Governor Haruhiko Kuroda told parliament Tuesday that the BOJ would buy more government debt if the yield curve needed to be lowered.

Japan will boost its debt issuance by 59.5 trillion yen to fund the second extra budget and other loans and investment in the new stimulus package, the finance ministry said. That will bring the total bond issuance this fiscal year to about 212 trillion yen, another bump from the 128.8 trillion yen planned in December.

Parliament is expected to pass the new spending before its current session is scheduled to end June 17.

"Japan is preparing another monster fiscal stimulus package," said Bloomberg economist Yuki Masujima." The cost will be a mind-spinning surge in the debt-to-GDP ratio this year. The benefits, though, should be worth it -- the much-needed support for hard-hit companies should reduce the chances of more lasting damage (a surge in bankruptcies and unemployment) that would impede a recovery once the pandemic abates."