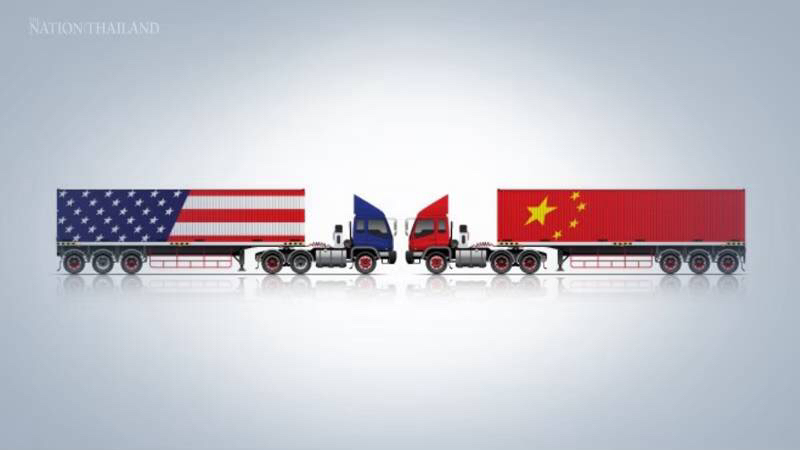 WASHINGTON - Secretary of State Mike Pompeo said Wednesday that Hong Kong does not warrant more favorable treatment than mainland China, setting up potential U.S. actions that could damage the city's status as a global financial center and trigger a further deterioration in relations between Washington and Beijing.

Pompeo's declaration could pave the way for President Donald Trump to impose on Hong Kong some of the same economic penalties that he wielded against China over the past two years.

In a State Department release, Pompeo said he had notified Congress on Wednesday that Hong Kong no longer enjoyed the full range of political freedoms that China had promised residents when it regained control of the trading center from Great Britain in 1997.

"No reasonable person can assert today that Hong Kong maintains a high degree of autonomy from China, given facts on the ground," Pompeo said in an annual notice required under U.S. law. "...While the United States once hoped that free and prosperous Hong Kong would provide a model for authoritarian China, it is now clear that China is modeling Hong Kong after itself."

The U.S. statement comes less than one week after Chinese authorities signaled they would move ahead with legislation in the rubber-stamp National People's Congress, which would allow Beijing to directly quell anti-government protests in Hong Kong that have vexed mainland officials for years. Pompeo's statement reflects a bipartisan souring on China after a nearly half-century of engagement that began with President Richard Nixon's 1972 visit to Beijing.

Hours after the nation's chief diplomat delivered his verdict on Hong Kong, the House of Representatives passed legislation designed to lead to sanctions on Chinese officials involved in human rights abuses in Muslim-majority Xinjiang province. The legislation, which passed the Senate earlier this month, now goes to the White House for Trump to sign or veto.

Though Wednesday's U.S. statement has no immediate consequences, the president is weighing actions that could include revoking the city's special status under U.S. trade law and imposing sanctions on Chinese officials involved in repressing pro-democracy protests there.

That would allow the U.S. government to impose the same tariffs on goods from Hong Kong that Trump imposed on Chinese products, a move that could imperil his already-embattled trade deal with China. The White House has not said whether it will take this step, but Trump has signaled anger with Chinese leaders over the initial coronavirus outbreak and a desire to retaliate.

More than 1,350 U.S. multinationals have offices in Hong Kong, attracted by a legal system based on British common law rather than Chinese Communist Party dictates, as well as a seaside setting, some of the world's top restaurants and first-class educational institutions.

The Hong Kong stock market includes more than 2,100 listed companies with a total market value of roughly $4.4 trillion. By some measures, the city ranks behind only New York and London as global financial hubs.

"Hong Kong's status as a major financial center is in jeopardy," said Jeff Moon, a former U.S. trade negotiator. "The reason people locate or do business in Hong Kong is the rule of law and the rule of law is directly threatened by what Beijing is doing."

Some businesses could join those who have moved regional headquarters in recent years to Singapore or Shanghai. But most global corporations are unlikely to abandon Hong Kong any time soon. They remain intent on serving the Chinese domestic market, which in recent years has become the largest single market for products such as automobiles, movies and computers.

"Leaving China entirely is not an option," said Moon.

But if the administration follows through with some of the punitive moves under consideration, Hong Kong and not China would absorb the blow, according to economist Nicholas Lardy, a Chinese specialist at the Peterson Institute for International Economics.

"This is foreign policy as therapy," he said. "It makes you feel good, but it doesn't have any effect on the real outcome."

Since 1997, when China regained sovereignty over Hong Kong, Beijing has allowed the city's residents more freedom than it permits on the mainland. This "one country, two systems" approach was part of its agreement with the United Kingdom, which had ruled Hong Kong since capturing it at the end of the First Opium War in 1842.

Classified as a special administrative region, Hong Kong enjoys its own membership in several global institutions. It was welcomed into the World Trading Organization, for example, six years before China joined in 2001. The region's monetary policy authorities have pegged the local currency to the U.S. dollar since 1983.

The Trump administration has steadily tightened China's access to high-tech exports, investment opportunities and visas while distinguishing between the mainland and Hong Kong. Pompeo's statement heralds a range of possible measures that could effectively erase the distinction in U.S. law between the former British colony and the mainland.

The Commerce Department, for example, has steadily tightened controls on the export to China of U.S. technologies with military applications. U.S. and Hong Kong officials "cooperate on enforcing" those controls, according to the annual report of the U.S.-China Economic and Security Review Commission.

Even as the president waged a two-year trade war with China, goods from Hong Kong were exempt from his punitive tariffs. That now could change.

"The administration's actions will have a chilling effect on trade and financial flows between Hong Kong and the U.S.," said Eswar Prasad, former head of the International Monetary Fund's China division. "Exports from and through Hong Kong to the U.S. are likely to be subject to the same levels of tariffs as exports from China. Investments originating from and routed through Hong Kong will face the same levels of regulatory and national security scrutiny as those originating directly from Chinese companies and investors."

U.S. merchandise trade with Hong Kong has been sliding for several years. In 2018, the most recent comprehensive trade data available, the U.S. exported to Hong Kong goods and services worth about $50 billion and imported roughly $17 billion from the port city.

Roughly 90 percent of goods shipped to the U.S. from Hong Kong originate in southern China rather than the city, which lost most of its traditional manufacturers when the mainland began opening its economy in the late 1970s. Consumer goods, light manufacturing and technology products all shifted across the border, said economist Nicholas Lardy of the Peterson Institute for International Economics.

Many business leaders and other analysts warned that the toughest U.S. actions would likely have little effect on Chinese President Xi Jinping's determination to quash what he views as the city's seditious independent streak while incurring great costs.

Scott Kennedy, a senior adviser at the Center for Strategic and International Studies, said U.S. policy could affect Chinese behavior at the margins. After months of growing tensions with the U.S., Xi likely anticipated a hostile response from Washington. But steady U.S. leadership might slow Beijing's ultimate absorption of the city.

"It appears that Beijing cares more about reducing the risk of subversion than it does about benefiting from Hong Kong's economic vibrancy," he said.