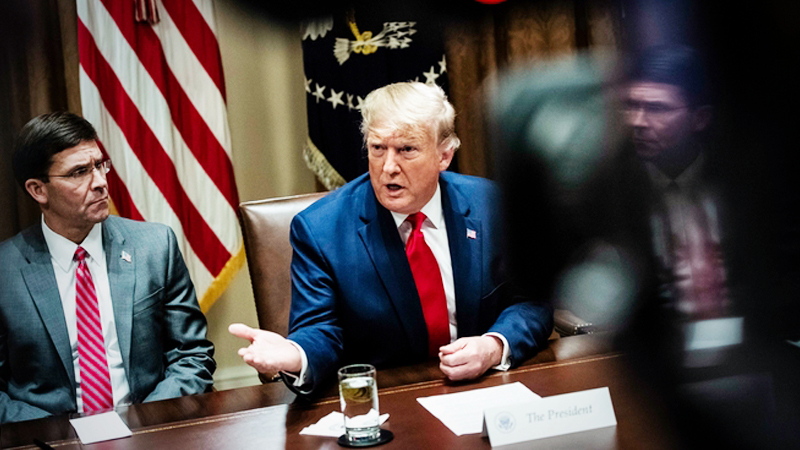 WASHINGTON - The Trump administration is ending sanctions waivers that allow Russian, Chinese and European companies to work on sensitive Iranian nuclear sites, dealing another major blow to the Iran nuclear deal and raising the prospect of covert advances in Tehran's nuclear program, according to U.S. officials and documents obtained by The Washington Post.

Nonproliferation experts say the waivers, which are supported by U.S. allies in Europe, reduce Iran's incentive to enrich uranium at higher levels and provide a window into the country's atomic program. But Secretary of State Mike Pompeo and a group of lawmakers led by Sen. Tom Cotton, R-Ark., pushed to exert more pressure on Tehran and eliminate the vestiges of the Obama administration's signature foreign policy objective.

Under the 2015 agreement, Iran agreed to limit its nuclear program in return for the lifting of economic sanctions that had ravaged its economy. Though Iran had complied with the deal, the Trump administration walked away from it in 2018 and reimposed U.S. sanctions as part of a "maximum pressure" campaign on the country.

Despite leaving the deal, the Trump administration has acknowledged that some parts of it are useful, such as an agreement to modify Iran's Arak heavy-water research reactor to block its pathway to the development of nuclear weapons using plutonium. The waivers the Trump administration decided to end on Wednesday had allowed outside companies to continue those modifications without facing sanctions.

The waivers also pertained to Russia's provision of enriched uranium for the Tehran Research Reactor and the transfer of spent and scrap research reactor fuel out of Iran. Companies involved in those projects now have 60 days to wind down activities covered by the waiver before facing potential sanctions from the United States.

"The Trump administration is shooting itself in the foot with this move," said Kelsey Davenport, director of nonproliferation policy at the Arms Control Association.

Pompeo said the cooperation "must end" because of Iran's continued nuclear escalation. "Further attempts at nuclear extortion will only bring greater pressure on the regime," he tweeted.

The decision comes out of a long-standing fight inside the Trump administration between Iran hawks who who viewed the waivers as useful in containing Iran's nuclear program and ultra hawks committed to the destruction of the Iran deal by any means necessary.

Some of those disagreements will continue in the months ahead.

The Trump administration decided to extend a separate waiver covering international support to the Bushehr nuclear power plant, an effort that preceded the Iran deal, for 90 days to "help ensure the safety of operations at the plant," the memo said.

It remains to be seen how Iran will respond to Wednesday's decision.

Under the deal, Iran is prohibited from producing enriched uranium above 3.67% purity for 15 years. But the deal guarantees that Iran will be able to import the 20% enriched uranium required for the operation of the Tehran Research Reactor.

"Ending waivers that allow Tehran to import fuel for the reactor hands Iran a justification to resume enriching uranium to 20%, a level that is below weapons grade but poses a more significant proliferation risk than Iran's current enrichment," Davenport said.

Analysts are also concerned that Iran could repurpose its Arak reactor now that outside companies can no longer work on modifying it for civilian use without fear of sanctions.

"Iran could react to this by saying they'll restart construction on the old design, which would be very much counter to our interests," said Richard Nephew, a former State Department official who worked on the deal.

Trump administration officials now say such a move would take years and require money and expertise that Iran does not have.

"They would be starting from scratch, and this would take them quite a bit of time," Christopher Ford, the assistant secretary of state for international security and nonproliferation, told reporters Wednesday.

Ford noted, however, that if Iran began to convert the reactor for plutonium purposes, it would be an "extraordinarily provocative thing to do."

Pompeo fought to end the waivers in March but lost an interagency dispute to Treasury Secretary Steven Mnuchin, who argued that the Trump administration was already under fire for its sanctions on Iran amid the coronavirus outbreak. That resulted in the extension of the waivers for another 60 days.

This week's decision to preserve the waiver for the Bushehr plant for 90 days sets up a final waiver battle inside the Tromp administration as the presidential election campaign heats up.

"The next decision point is at the start of the post-convention presidential election push," said Jarrett Blanc, a former State Department official who was in charge of Iran deal implementation. "That greatly raises the chances of Pompeo staking out the most hawkish position possible."