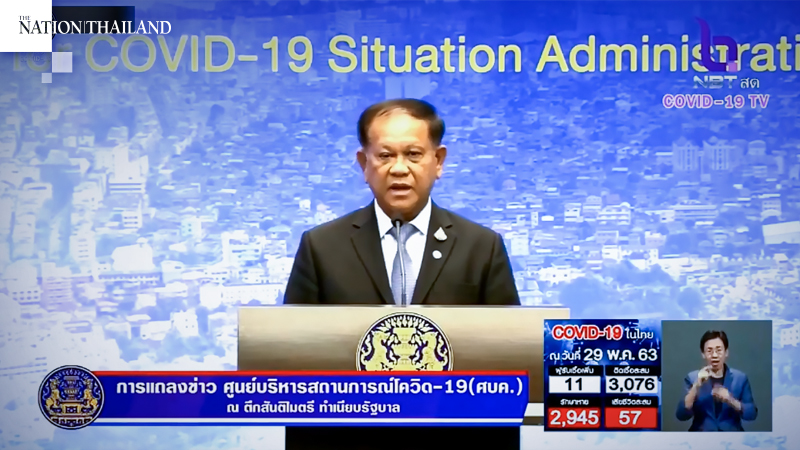 From June 1, the curfew will be reduced to 11pm to 3am, from the current period of 11pm to 4am, National Security Council Secretary General Gen Somsak Rungsita said today (May 29).

The curfew is being cut in phases after it was initially imposed on April 3 for the period between 10pm and 4am.

However, the country would remain closed to foreigner visitors due to concern over the spread of Covid-19 from abroad, said Somsak.

Inter-provincial travel will be allowed to restart on June 3 for those who had necessary journeys to make, he added.

Third phase of easing of lockdown starts on June 1