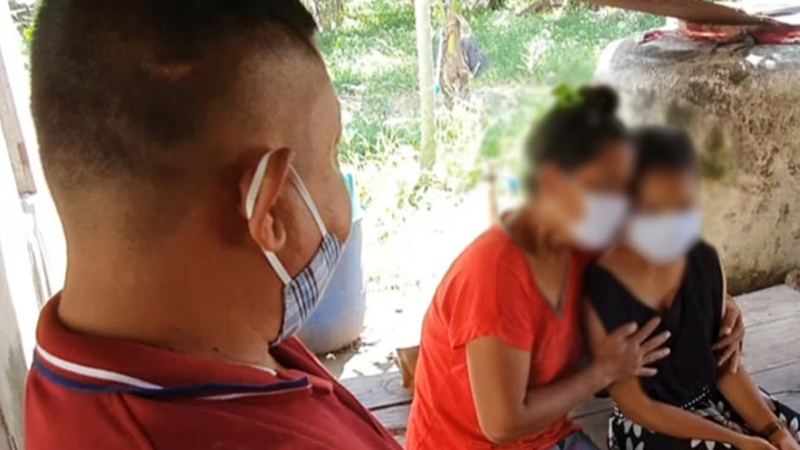 A family in Chumphon has fled their home after a man who allegedly raped their daughter threatened to take revenge because they reported him to the police.

Police said the 12-year-old girl was lured by a 35-year-old Burmese neighbour, who promised to give her a job. Instead, he allegedly detained her at his house for five days and raped her before dumping her at Pak Tako Railway Station. The girl’s family found her, took her back and reported the incident to the police.

The suspect, an influential local man, was infuriated and reportedly threatened to take revenge on the family. The family were terrified since the man controls Burmese labour in Tung Tako and Lang Suan districts and has strong influence in the area. They fled their home and took refuge in the household of a trusted Burmese friend.

Police tracked the suspect down to a durian market after receiving a tip off. The officers also did not find any immigration documents on the man, who reportedly confessed to the girl’s allegations. However, he insisted that he and the girl were in a relationship, a claim police did not believe and decided to charge him with statutory rape and entering Thailand without a permit.

Police said they will examine his body to see if there are any marks to show the girl was resisting him, so he can also be charged of physical assault. Officers said results should be revealed in a few days.