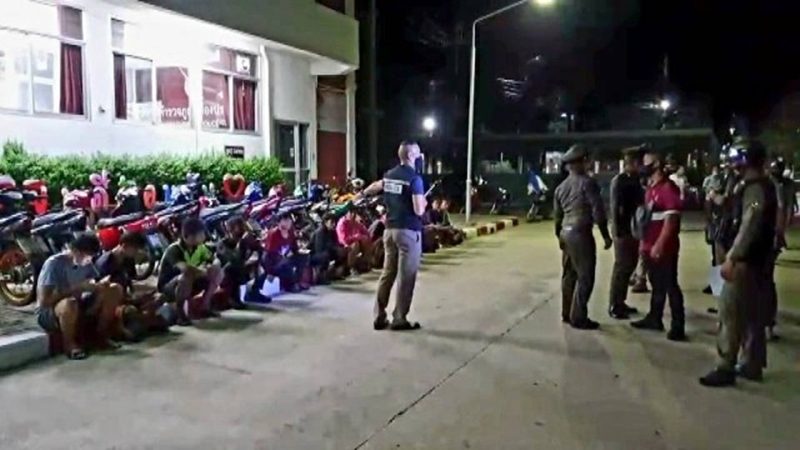 A swarm of over 100 motorbikes modified to produce ear-splitting noise shattered the peace in Prachin Buri on Thursday, as riders used the city streets as their personal racetrack.

Alerted to the illegal racing by locals, police scrambled to put up checkpoints along the racers’ route in the city, 150 kilometres east of Bangkok. However, they only managed to nab 14 of the bikers after most of the gang melted into traffic.

The detained bikers were carted off to the police station where all were identified as minors below the age of 16. Officers notified their parents and let them go.

However, their motorcycles have been seized and are parked at the station, after police found that their mufflers had been modified so that noise from the exhaust pipes exceeded the legal limit.