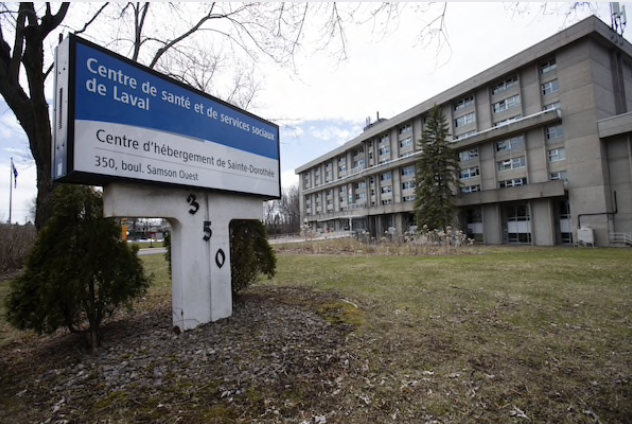 The city's death rate has been staggering: higher than those of almost every U.S. state, higher than in greater Chicago, Los Angeles or Toronto.

The place is Montreal, the business and cultural center of Quebec, where the coronavirus pandemic has struck the elderly with unusual savagery. The struggle to contain the outbreak has forced the provincial government to resort to desperate measures.

Montreal's virus toll -- the city accounts for more than half of Canada's deaths from covid-19 -- is a story of lack of preparation, early mistakes and a bit of bad luck. It has also exposed gaps in how Canada cares for its older citizens, despite a government-funded health care system that is sometimes praised by U.S. progressives as a model.

The city's elder-care homes are so short of workers that Premier Francois Legault brought in Canadian troops and pleaded for volunteers to assist. That has left it up to people like Nicolas St-Onge to help quell an outbreak that has killed more than 3,800 people in greater Montreal, with dozens more still dying every day.

St-Onge, 25, usually works as a pharmacist. Lately he's been spending his days feeding, washing and grooming residents of facilities in the suburbs. He isn't trained for it. His first day involved changing a patient wearing seven layers of diapers.

"It's a 100% exit out of my comfort zone," he said in an interview. "But it's the most gratifying thing I've done in my life -- we can see our impact on the ground immediately."

Thursday was typical. The province announced 74 new covid-19 deaths in the previous day; 70 lived in homes for seniors. Since the pandemic started, four in five fatalities have been residents of retirement and long-term care homes.

Some 90% of Quebec's virus deaths have occurred in the Montreal region, where almost half of the province's population lives. Montreal has recorded 762 deaths per million people, nearly three times the rate of Toronto and 50% higher than the greater Chicago area, according to the Montreal Metropolitan Community.

One factor in Quebec's plight was an ill-timed school break in the first week of March, when international borders were still open. By the middle of March, when many Canadian provinces and U.S. states began lockdown measures, infected travelers returning from the U.S., France or the Caribbean had already been back in Quebec for days.

That may have been enough to boost the so-called "force of infection" and increase the chances of getting sick, according to Colin Furness, an infection control epidemiologist and assistant professor at the University of Toronto.

"It doesn't take that much more, because it's an exponential spread," Furness said. "One week and a few dozen cases can make a huge difference."

In Quebec, care staff were allowed to continue to work at multiple locations. That was a critical error. The practice was banned early on in the pandemic by the province of British Columbia, which is one reason it boasts one of the lowest covid-19 death rates of any jurisdiction in North America with more than 5 million people.

On the island of Montreal, which excludes some suburbs, one in five infected people are health workers. The government ramped up testing in the hardest hit neighborhoods, which are densely populated and among the city's poorest.

Legault said Wednesday his government aims to recruit and train 10,000 workers for long-term care homes by mid-September. But he and other Canadian politicians have been forced to concede the elder-care system is broken.

Care homes, low on personal protective equipment supplies and already short-staffed before the crisis, proved to be the provincial government's blind spot, said Maude Laberge, an assistant professor at Quebec City-based Laval University. Early efforts focused on getting hospitals ready for a surge in cases, at times sending patients back to nursing homes to free up beds. That was a mistake.

"Long-term care facilities weren't prepared at all," said Laberge, a health services expert in the department of operations and decisions systems. "What's getting exposed today are all the problems that existed and got bigger with covid-19."

Local media reports of dehydrated patients left in their excrement, deserted by sick or scared staff, sent shock waves throughout the province and beyond. A shaken Legault made a public apology for failing to solve staffing issues known for years.

A key hurdle he's now trying to address is the unattractive pay of orderlies, who receive as little as CA$13 an hour ($9.40) for difficult work in some private facilities.

A similar tragedy unfolded in neighboring Ontario, the largest province. A report by the Canadian military, which Premier Doug Ford described Tuesday as "gut-wrenching," found evidence of underfed or neglected patients at five long-term care homes.

The worker shortage is a particular problem in Quebec: 19% of those 75 or older in the province live in a nursing home or seniors' residence, Statistics Canada data show. That compares to 12% in Ontario.

From where he sits, St-Onge, the pharmacist, doesn't see the end of the crisis yet. After two weeks at a long-term care facility, he was reassigned to a retirement home with six virus cases.

There, residents shared bathrooms and sick patients weren't isolated, said St-Onge, who spent part of the Sunday setting up disinfection and safety protocols but expects to see more cases. Watching people gather in parks during a sunny weekend was a sharp reminder of parallel realities as the economy reopens.

"I see the clash between the two," he said. "I'm concerned that our priority is to open stores before saving our seniors."