When Brazilian Olympic medal winner Esquiva Falcao rang in the new year, he was focused on his goal of preparing for an international boxing championship.

But as the coronavirus spread and forced establishments including sports venues to close, the career athlete turned to his wife's pizza business to make a living. Together they are now facing a reeling economy with a simple publicity strategy: order a pizza, and have it personally delivered to your front door by a middleweight star. 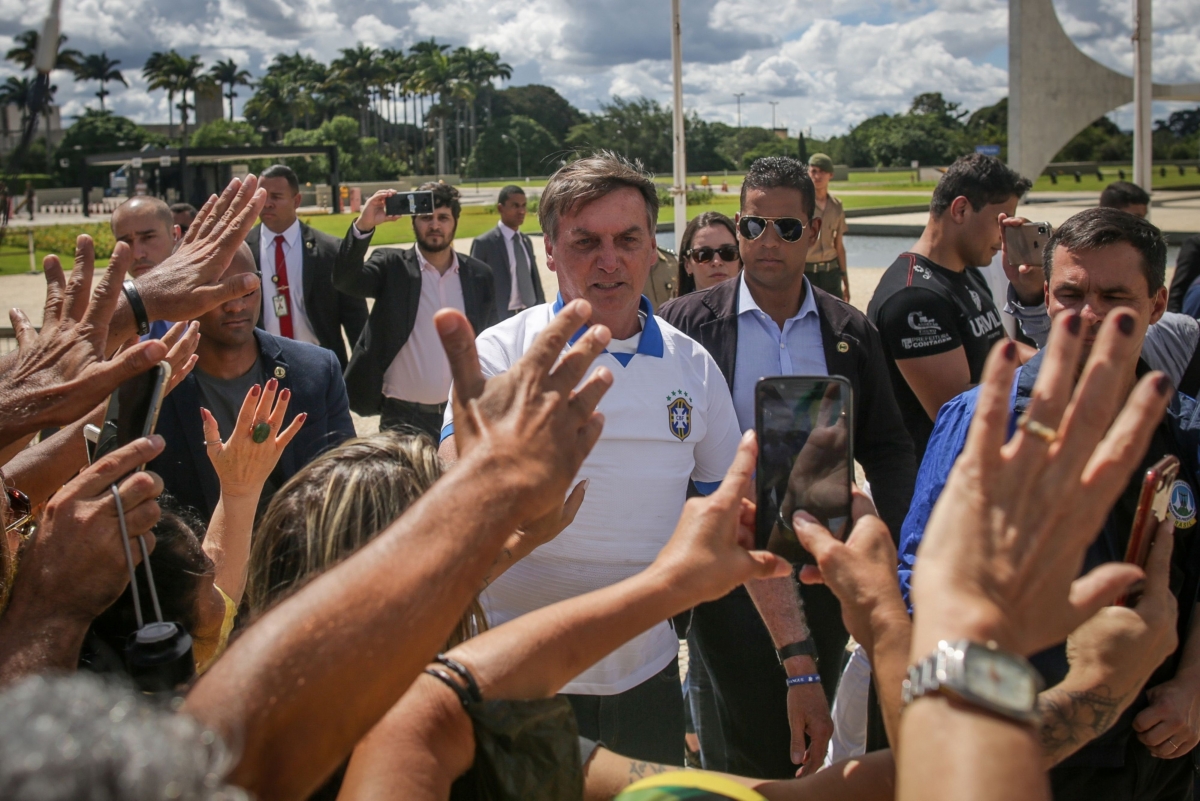 "Whoever buys a lot can take a picture of me and my silver medal," Falcao said in an interview. "If I don't fight, then I can't make money."

Falcao is one of the millions of citizens hit by Brazil's sudden economic downturn. Gross domestic product shrank by 1.5% in the first quarter, according to a government release on Friday. Still, the data only captures the initial impact of the coronavirus pandemic, which has ruined high expectations of a breakthrough in growth following years of disappointment.

"We are talking about economic depression in Brazil; that is the reality," said Monica de Bolle, a Senior Fellow at the Peterson Institute for International Economics in Washington. "The economic collapse is going to happen. We are seeing widespread impoverishment of the population."

Brazil has the second-highest number of confirmed virus cases in the world, and the peak of the local outbreak is weeks away. Still, its impact on Latin America's largest economy is already taking on historic proportions.

The broadest measure of retail sales posted its biggest drop ever in March, while industrial production tumbled to levels not seen since 2003, government data showed. The following month, Brazil shed a record number of formal jobs as consumer confidence plunged to an all-time low.

Consultancy Siegen expects a record number of bankruptcies in the second half of the year, and sectors from ethanol to airlines are already lining up for government aid. Almost 80% of Azul SA's crew members are on unpaid leave and the company is still burning as much as 4 million reais ($736,000) per day, according to the transcript of the company's May 14 earnings call.

A study published by Fundacao Getulio Vargas, a top business school, found that 53.5% of families have had their income reduced by the pandemic, and almost half have had to stop working due to social isolation measures. Brasilia-based real estate agent Bruno Mello, whose business is down 70%, counts himself among those who have been affected.

"Most people are now only working on commissions and not salaries," Mello said. "I try to keep the personal visits as safe as possible, with protective masks and hand sanitizer. Even with those precautions, business has dropped sharply."

President Jair Bolsonaro's administration has responded to the pandemic by granting stipends to informal workers and loosening some labor rules though a program that's protected over 8 million jobs, according to government estimates. Meanwhile, the central bank has lowered its interest rate to a record and freed up billions of dollars for credit.

Still, much-needed stimulus is limited by a debt load that is expected to reach at least 90% of GDP this year, Treasury Secretary Mansueto Almeida said this month. The nation's woes are also being exacerbated by Bolsonaro's bungled response to the pandemic, as well as political scandals involving his administration.

In recent weeks, Bolsonaro has hardened criticism of social distancing measures implemented by state governors, going as far as appearing at political rallies and mingling with supporters. In doing so, he's brushed off the fact that the virus is now ravaging poor parts of the country as far-flung as the Amazon rainforest.

At the same time, political spats and growing odds of an institutional crisis with the nation's judiciary are distracting from efforts to help the economy.

Officials are continuing investigations into whether Bolsonaro illegally interfered in police operations. In a dramatic development, the Supreme Court this week ordered a probe into some of the president's allies over the alleged spread of fake news, in addition to a another inquiry into political foe Wilson Witzel over supposed embezzlement of funds.

The press office of Brazil's presidency declined to comment on this article.

Bolsonaro will need both political and investor trust - as well as a healthy population - to restart growth. Brazil's central bank signaled this month that an erratic recovery will likely start as early as the third quarter, but, for many economists, that outlook may be too rosy.

"The government may have implemented some important emergency measures, but they are not enough and the fiscal situation doesn't allow much more," said Banco Inter chief economist Rafaela Vitoria. "The drop in demand caused by the pandemic is out of control."