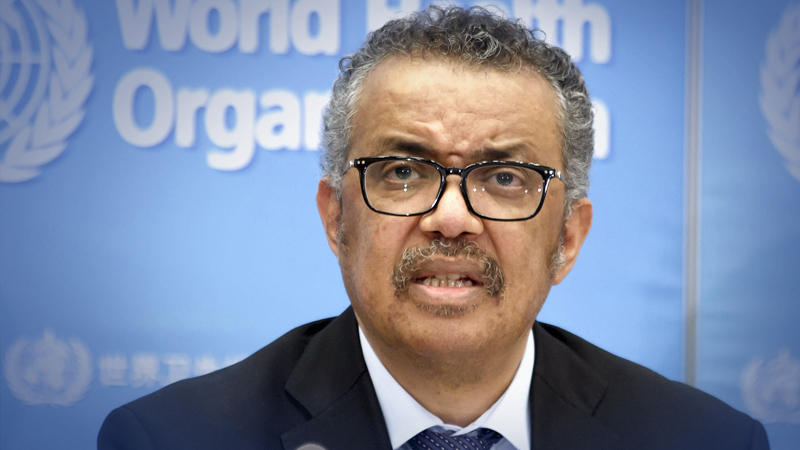 President Donald Trump announced Friday that the United States was "terminating" its ties with the World Health Organization, saying the more than $400 million in annual U.S. contributions would be funneled to other unspecified health groups. The declaration was part of sweeping U.S. plans aimed at punishing China for its recent moves to impose greater controls over Hong Kong and its relative freedoms.

Trump, who once praised the WHO, has turned against it. The Trump administration now claims the Geneva-based U.N. agency is effectively controlled by Beijing and failed to challenge Chinese health reports during the early stages of the coronavirus outbreak.

"We will today be terminating our relationship" with the WHO, Trump said. In April, Trump announced he would suspend WHO funding. The decision sparked outrage from other nations and global health experts.

Here's what you need to know about the WHO and what it does.

Q: What is the World Health Organization?

A: The United Nations body was founded in 1948 with a mission to promote health around the world. The organization took on a swath of responsibilities, including managing the response to major global health priorities such as tuberculosis and malaria, as well as helping with access to health care around the world.

The organization traditionally has acted as a coordinating authority on health responses and initiatives with government health-care ministries and nongovernmental organizations. Ultimately, as a part of the U.N., its powers are limited, and it operates at the discretion of governments.

The WHO has six regional offices in Africa, the eastern Mediterranean, Europe, the Americas, Southeast Asia and the Western Pacific. The organization also has some 150 field offices around the world.

Q: Who works there?

Around the world, the organization says, it employs more than 7,000 people, from doctors, scientists and epidemiologists to administrators, policy experts and economists.

Q: What has it done?

A: In its more than 70-year history, the WHO has tackled some of the world's most pressing health issues, including emergencies. It helped eliminate smallpox and all but eliminate polio. It supports the administration of measles vaccines worldwide. More recently it played a role in the 2003 SARS outbreak, the 2009 H1N1 influenza outbreak and the 2014 Ebola outbreak in West Africa.

But it also has had its share of difficulties.

In the 1960s, the WHO "suffered a colossal setback with the failure of global efforts to eradicate malaria," wrote The Washington Post's Alan Sipress in "The Fatal Strain: On the Trail of Avian Flu and the Coming Pandemic." "It was emblematic of a broader resurgence of infectious disease as microbes mutated, outsmarting new medicines and vaccines, exploiting environmental degradation, poverty, population growth, and humanity's lapses in vigilance."

The organization also came under criticism for its response to the 2014 Ebola outbreak, with some health experts saying the body was too slow to act in the face of an outbreak that resulted in more than 10,000 deaths.

During the ongoing coronavirus pandemic, the organization has faced criticism for hewing too close to China and praising the country's initial response to the crisis.

A: The WHO receives funding from its member states and from donors. Each member pays annual dues based on the country's population and income. Members can volunteer more funds, and these voluntary funds make up the bulk of the WHO's budget.

For 2020-2021, the WHO has a budget of more than $4.8 billion. The United States is the largest donor in this budget, having pledged more than $400 million a year, much of which is voluntary spending.

A State Department spokesperson told The Post that the United States has committed $893 million to the WHO during its two-year funding period.