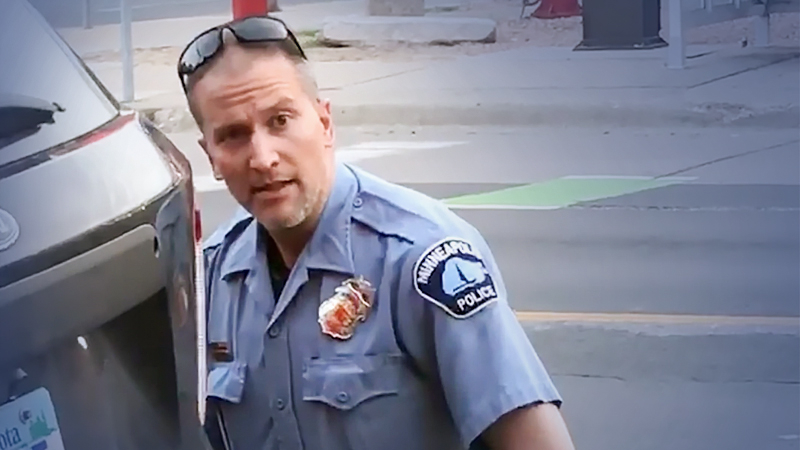 The former Minneapolis police officer charged with murder in the death of George Floyd shot one suspect, was involved in the fatal shooting of another, and received at least 17 complaints during his nearly two decades with the department, according to police records and archived news reports.

The information paints a fragmented picture of Derek Chauvin, who was fired from the Minneapolis Police Department and arrested after video emerged this week showing him kneeling on Floyd's neck for more than eight minutes.

Complaints against police can range from relatively benign issues such as showing up late for duty to severe offenses such as using excessive force. Ronal Serpas, a former head of police in New Orleans, Nashville, Tennessee, and Washington State, said it was difficult to draw conclusions about Chauvin's complaint file without more information, but noted that 17 appeared to be higher than average.

"It's a little unusual to have essentially one a year for 19 years," Serpas told The Washington Post. "That's a concern even if he was late every time. It would certainly catch my attention."

Chauvin, a 44-year-old white man, pressed his knee to Floyd's neck as he and other officers arrested the 46-year-old black man on suspicion of forgery May 25. Floyd, who was handcuffed, died in police custody after telling officers repeatedly, "I cannot breathe." His death set off a wave of protests and riots in Minneapolis and other cities, and reignited long-standing calls for greater police accountability.

Prosecutors charged Chauvin with third-degree murder and manslaughter Friday afternoon. An attorney for Chauvin and a representative from the police officers' union did not immediately respond to requests for comment.

In Minneapolis, Chauvin and Floyd's worlds overlapped. Both worked security at El Nuevo Rodeo, a Latin night club in the southeastern part of the city, according to the former owner, Maya Santamaria.

The pair may not have known each other. The venue's security staff numbered in the dozens, Santamaria said, and Chauvin worked outside while Floyd worked inside. Chauvin had been there 17 years, Floyd much less than that.

Santamaria described Chauvin as a "nice guy" who was "always mellow" around her, but said he was also "tightly wound."

"I'm extremely disappointed that a good friend of mine would be the culprit of this horrible crime," she told The Washington Post.

Recently, there was tension in the precinct where the club was located, Santamaria said, especially when the club started catering to the African-American community.

Earlier in his career, Chauvin, who was hired by the department in 2001, was involved in multiple incidents in which he or other officers used fatal force.

In 2006, he was one of six officers on the scene when Minneapolis police shot and killed a stabbing suspect. The suspect, 42-year-old Wayne Reyes, allegedly drew a shotgun on officers, prompting several of them to open fire. A grand jury declined to bring charges in the case.

Two years later, Chauvin opened fire on Ira Latrell Toles, then 21, while he was responding to a domestic disturbance call, the St. Paul Pioneer Press reported at the time. When Chauvin and another officer arrived, Toles locked himself in a bathroom. Chauvin forced his way in. He shot Toles twice in the abdomen during a struggle, saying later that Toles had tried to grab his gun.

Toles, who survived the shooting and pleaded guilty to a misdemeanor charge, said he fought back against Chauvin in self-defense.

"He tried to kill me in that bathroom," he told the Daily Beast this week.

In another incident in 2011, Chauvin was nearby when officers shot and wounded an assault suspect, the Star Tribune reported at the time. In that case and others, Chauvin was placed on temporary leave during an investigation and later cleared of wrongdoing.

Serpas, the former police chief, noted that the vast majority of police go their entire careers without firing their service weapons, but said Chauvin may have faced a different set of circumstances as a longtime patrol officer that required him to use his gun.

"The longer you're there, the more likely you're going to be exposed to it," Serpas said, "compared to a lot of cops who are going to transition to detectives or something else where they're not out in the public every day."