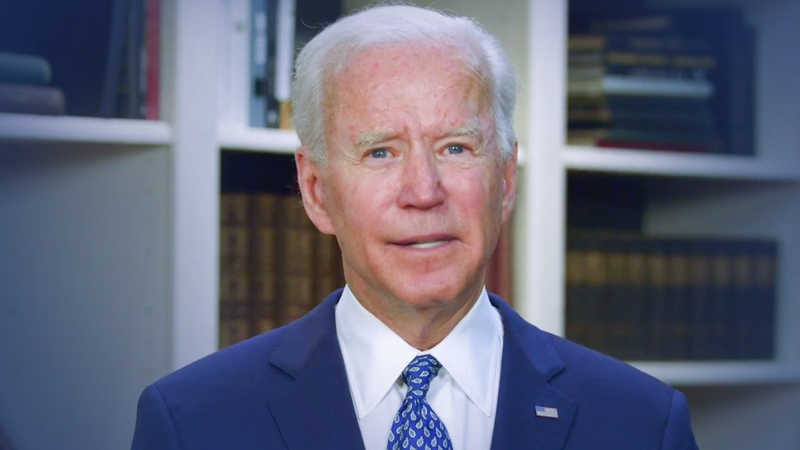 Joe Biden, the presumptive Democratic presidential nominee, called on every American to confront the nation's historic racial injustices and said those who remain silent are "complicit in perpetuating these cycles of violence."

In a live virtual address Friday afternoon, the former vice president to the nation's first African American president spoke gravely about the killing of George Floyd, casting it as one more unnecessary death of a black American in a long list that dates back hundreds of years.

"The original sin of this country still stains our nation today," Biden said solemnly. "And sometimes we manage to overlook it. We just push forward with a thousand other tasks in our daily life. But it's always there. And weeks like this, we see it plainly that we're a country with an open wound."

Without mentioning him by name, Biden also condemned President Donald Trump over a tweet flagged by Twitter as inciting violence against people protesting Floyd's killing in Minnesota.

"It's no time to encourage violence. This is a national crisis," Biden said. "We need real leadership right now, leadership that will bring everyone to the table so we can take measures to root out systemic racism."

Then, in two subsequent tweets, Biden said he wouldn't amplify the president's words by repeating them, but characterized them as "calling for violence against American citizens during a moment of pain for so many."

"I'm furious, and you should be too," Biden wrote.

Biden also noted in his earlier tweets the injustice of a black CNN reporter's arrest while covering the protests as "the white police officer who killed George Floyd remains free." He added, "this, to me, says everything."

As Biden began his remarks, Derek Chauvin, the Minnesota police officer captured on video pressing his knee into Floyd's neck, was arrested.

Biden said he had spoken to members of Floyd's family, who he described as a "close, decent, honorable, family loving one another" who had to hear their loved one beg for air, calling it "an act of brutality so elemental."

As of Thursday afternoon, Trump had not spoken to the family.

Biden closed his remarks promising the Floyds that "we will do everything in our power to see to it that justice is had."