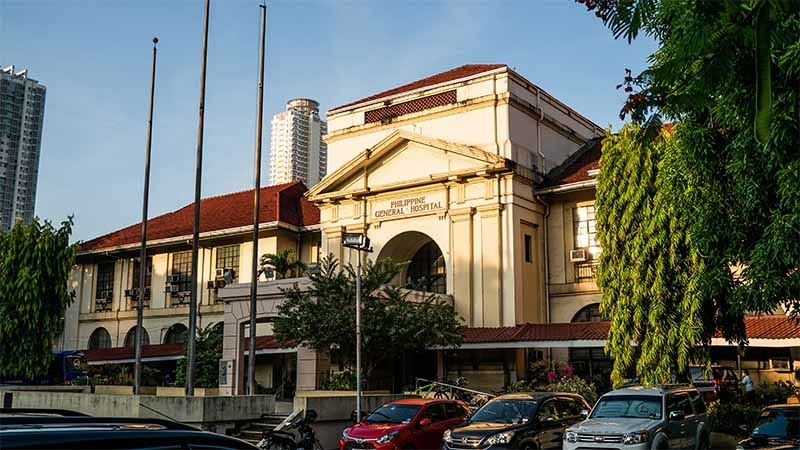 Theodore Joseph Ablaza, 28, starts another grueling shift attending to young patients in a covid-19 ward in Manila. Although the public hospital is air-conditioned, all the gear makes conditions oppressive.

Medicine runs in TJ's family, and their lives, like countless others, have been transformed by the pandemic. Across town, his parents Ted, 60, and Mita, 62, both pediatricians, meet children and their parents at a private maternity hospital in Tondo, one of Manila's poorest communities. The couple also has two daughters, Nadine, an economics student, and Tin, who runs a small business.

There is no end in sight for the pandemic in the Philippines, which in mid-March instituted a lockdown that is now among the world's longest. With more than 15,000 cases and 900 deaths, the country has suffered one of the most extensive outbreaks in Southeast Asia. Officials have faced criticism for not conducting enough tests, but a spokesman for President Rodrigo Duterte said Monday that authorities are expanding testing capacity.

TJ's parents' workplace, Amisola Maternity Hospital, is not a covid-19 facility, but patients still show up for common concerns, including colds, coughs and fevers - potentially symptoms of the novel coronavirus.

"We have to take it as part of the occupational hazard of the profession," Ted said.

As physicians, they have no choice but to report for duty, his wife adds. "If we don't go to work, then there will be no pediatric doctors here."

The health system is severely undermanned, with roughly one doctor for every 33,000 patients, according to the Philippines' Department of Health. Some 35 health workers have died of covid-19, the disease caused by the coronavirus, and more than 2,000 have contracted the illness, the World Health Organization has reported. Medical workers face shortages of personal protective equipment and a lack of transportation during the lockdown.

The Philippine General Hospital, which caters to many of Manila's urban poor, allows its staff to take a mid-shift break before returning to work with a new suit. But many doctors, including TJ, choose to stick out their duty without bathroom or food breaks, careful to conserve the gear they have.

"I guess it's just part of the sacrifice, just a little bit compared to what these patients are experiencing," TJ said.

As they monitor each patient's progress, TJ and his colleagues refer to consultants for the next course of action. This could include blood extractions or intubation.

While he battles to save others, the virus has hit close to home for TJ, too.

His Uncle Gene - a lawyer who was healthy and active - fell ill after coming into contact with an infected colleague who was asymptomatic. The last time his family saw him, he was hooked to an oxygen tank; the next thing, they were informed he was dead.

"If you recall him, he was really lively," TJ said. "It just really shows that no one [is] spared of this condition."

Heart-wrenching events play out in the covid ward. In normal times, parents would accompany their children - but the contagion risk means sick children have to be isolated. One mother called the ward at 11 p.m., TJ said, begging the doctors to let her speak on the phone to her teenage son, who was in isolation.

Then there are the victims the doctors know - those who aren't patients. TJ said a friend had lost his father to the disease. Another person he knew lost both his parents a week apart.

"The next patient could be me," he said. "Hopefully not, but that's the fear that we encounter every time we go on duty."

TJ's parents have felt fear, too, in the wake of Gene's death - but they have decided to knuckle down to work. With public gatherings banned and tight restrictions on funerals, they couldn't say a proper goodbye.

Mita said their work has become even more urgent as some hospitals that normally offer specialist care have become covid-19 facilities, pushing patients with conditions unrelated to the virus toward local clinics.

"I look at it as an opportunity to show what we've got, to be able to help our fellow men in the best way we can," Ted said.

"This is what we signed up for," TJ said. "It's our oath to put the lives of these people ahead of us."