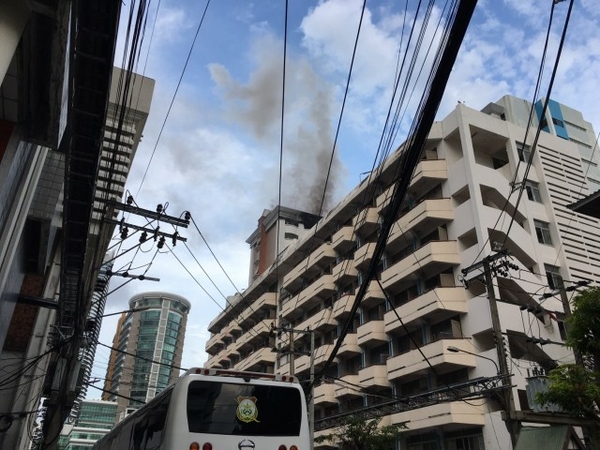 A fire broke out in a dormitory building within Police General Hospital located on Rama I Road in Bangkok’s Pathumwan district at 5.30pm on Friday (May 29).

Smoke was detected coming from the top floor of a 14-storey building, which is a dormitory for nurses who work at the hospital.

It took the officials around 20 minutes to put out the flames. There were no casualties and damage is being estimated. 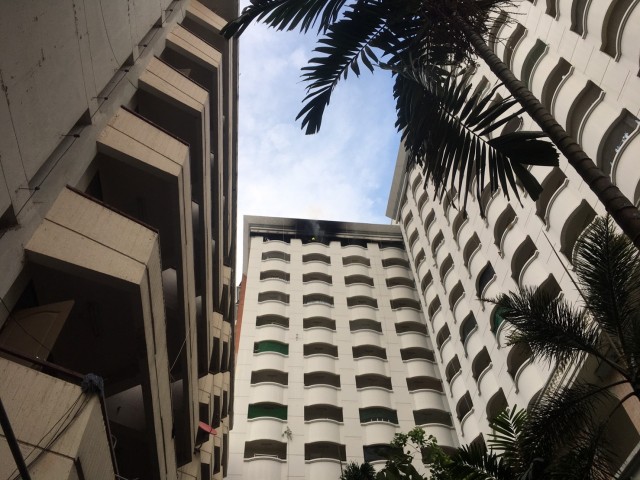 Preliminary investigation revealed that the fire started in a room on the 14th floor but the occupant of the room was away at the time.

National Police Chief Pol General Chakthip Chaichinda visited the scene later in the evening, and ordered officials to help evacuate people and facilitate the traffic flow in nearby areas. 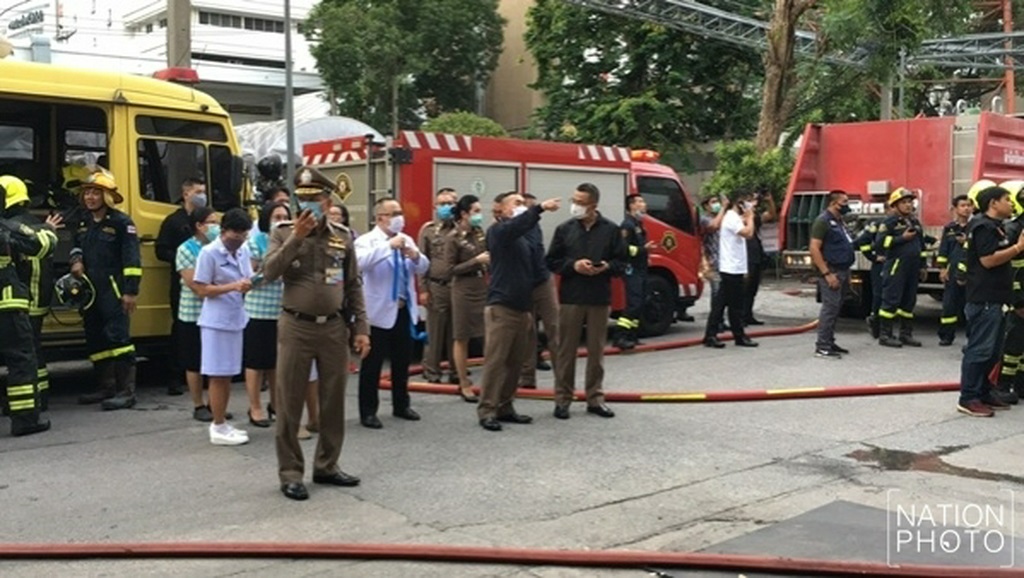