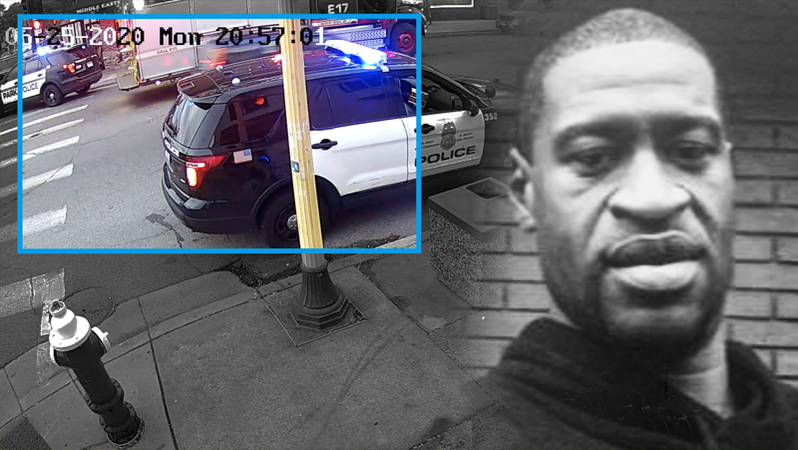 On May 25, Minneapolis resident George Floyd was pinned facedown on the ground, in handcuffs, by a white police officer who pressed his knee against Floyd's neck for more than eight minutes. Floyd, a 46-year-old black man, was suspected of passing a counterfeit $20 bill. He was unresponsive when paramedics arrived, and he was pronounced dead later.

Unrest has since erupted in Minneapolis, where protesters have set fire to buildings, and in several cities across the country. The police officer was fired and has been charged with third-degree murder. His attorney did not respond to requests for comment. Three other officers also have been fired.

Using security footage, emergency services recordings and cellphone video, The Washington Post created a timeline of events immediately preceding Floyd's death that evening. The timeline shows how his encounter with police began on one side of an intersection, where Floyd was removed from a car and handcuffed. It follows police as they bring him to his feet and walk him across the street.

It is there, on a night still bright after 8 p.m., that Floyd's final minutes unfold.

Jared Goyette contributed to this report.