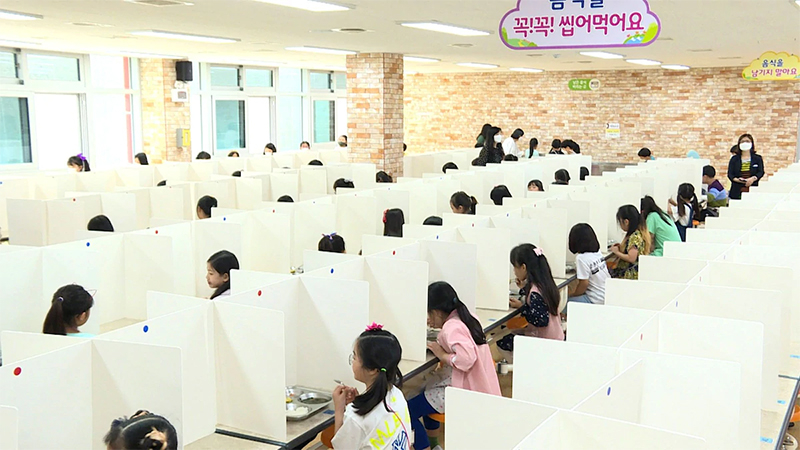 South Korea closed hundreds of schools that had reopened days earlier - and postponed the opening of many others - after a spike in cases of the novel coronavirus.

The country had started to stage the opening of schools in the last week, instituting social distancing and prevention measures in an attempt to prevent the spread of the virus.

But according to the Korea Times, hundreds of schools were closed again because of high infection rates in their communities. It cited the Ministry of Education as saying that 838 schools of the 20,902 nationwide that were supposed to reopen on Wednesday did not, including in Seoul, and hundreds closed on Thursday in Seoul, Bucheon and other cities.

School districts in the United States that have been closed for months are now trying to figure out when and how they can reopen safely. Some are watching how other countries are handling the reopening of schools, including South Korea, which has been successful in containing the spread of the virus.

South Korea had more diagnosed patients with coronavirus than any country other than China in late February, but it implemented a tough program of contact tracing, isolation and other measures, containing the virus. South Korea still reports that fewer than 300 people have died of covid-19.

After putting plastic barriers in many schools to separate students while they eat and learn, disinfecting, and other preventive steps, some schools began to open last week for the first time in several months, with more accepting students this week.

But new clusters of the coronavirus have been identified in recent days, leading the government to close not only schools but also parks and museums - and people are being urged again not to gather in big numbers.

The Yonhap News Agency reported that on Wednesday, the same day hundreds of schools reopened, more than 60 cases of coronavirus were confirmed at a distribution center in Bucheon, between the western port city of Inchon and the capital of Seoul. It said that on Thursday, the The Korea Centers for Disease Control and Prevention confirmed 79 new infection cases, including 69 linked to the center owned by Coupang, the country's leading e-commerce giant.