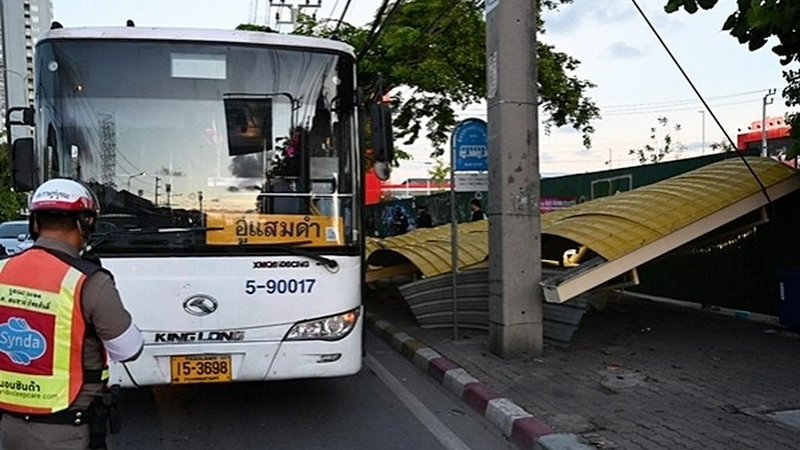 A man was seriously injured on Saturday (May 30) when a bus stop he was waiting in collapsed after it got hit by a bus in Bangkok's Ratburana district.

The accident happened near Suksawat 22 Alley.

A witness, Sombat Pradapan, 51, told police that he saw a bus arrive too close to the stop and hit the roof, which brought the entire bus stop down. Sombat said he managed to escape before the roof collapsed.

Thitima Pattum, 47, the driver of Bus No 140 Samae Dam - Victory Monument is being questioned.

Police are collecting footage from surveillance cameras in order to prosecute the case.