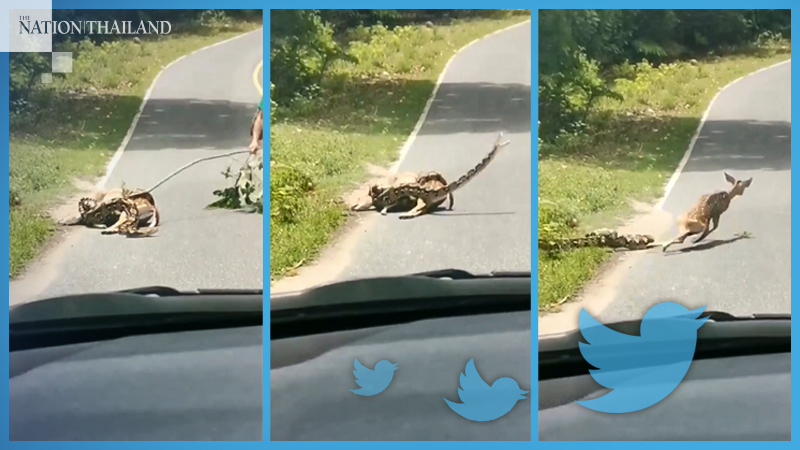 A debate has erupted online over the appropriateness of a man's action that helped a deer escape the clutches of a python.

Thai netizens recently saw a video of the event.

The video recorded in Khao Kheow Open Zoo in Sri Racha district, Chonburi province on Saturday (May 30) showed a python trying to swallow a spotted deer.

Before the giant snake could finish its meal, a man hit it with a stick and forced it to release the deer, which slithered away into the forest.

Several people said that it was natural for animals to eat other animals and humans should not intervene, while others believed it was the right thing to do to save a life in any case.