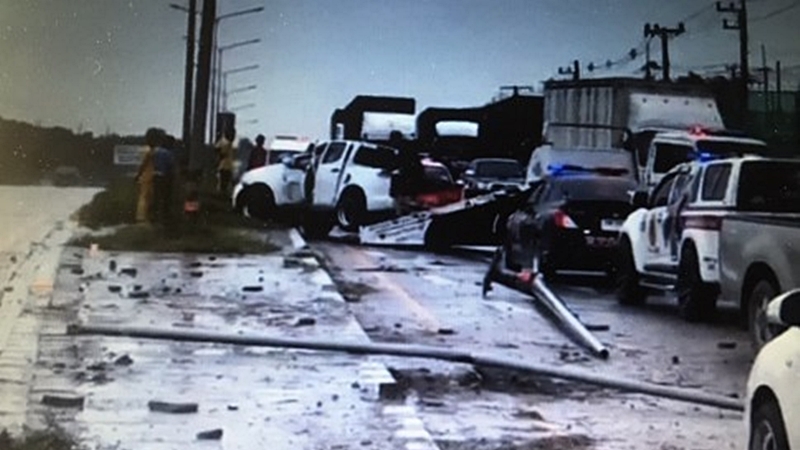 A six-month-old baby girl was killed when the car she was travelling in crashed into an electric post in Chonburi province on Saturday (May 30).

The baby reportedly went flying out of the car through the windscreen.

On their way back, it started to rain.

The car was reportedly going at a high speed when it went out of control and hit the electric post at 10.15am.

The parents were taken to Phyathai Sriracha Hospital where the baby “Blue” was declared dead.

Suksan had recovered consciousness on Sunday but is unable to tell his wife about the fate of their baby since they both are still in shock.